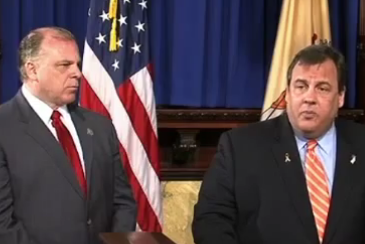 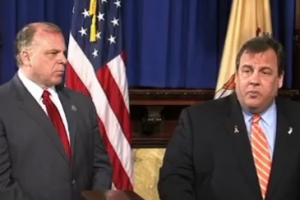 Governor Chris Christie can no longer claim that New Jersey is a model for bi-partisan governance that Washington should emulate.

Yesterday, Senate President Steve Sweeney, playing the role of U.S. Senator Ted Cruz (R-Texas) before The Star Ledger’s Editorial Board, threatened to shut down New Jersey’s government if Governor Chris Christie doesn’t support a budget for the next fiscal year that makes the state’s payment into the pension system required by the “landmark” legislation that Sweeney and Christie hammered out in 2011, and that Christie has touted as one of his major accomplishments.

Sweeney is reacting to what Christie said about the pension system during his State of the State Address two weeks ago.