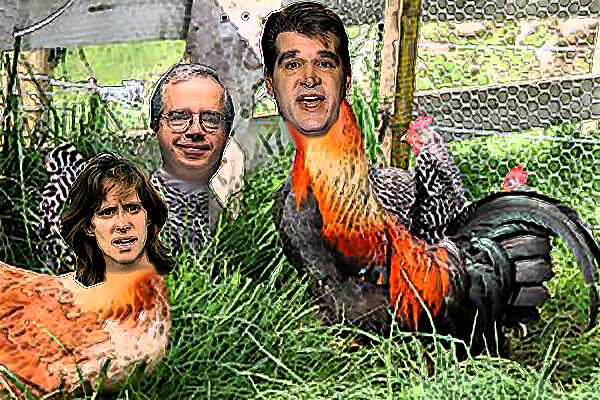 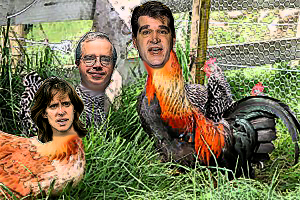 Believe what you want to believe about the Bridgegate scandal, Save Jerseyans. It’s no skin off of this blogger’s nose.

Some of you insist that it’s more appropriately called “Bridgetgate” with a “t” while others in our audience would prefer the “Christiegate” moniker if they could only get MSNBC’s Rachel Maddow to read their unsolicited 3:00 a.m. e-mails.

None of you know for sure because, like 99.99998% of the state population, you weren’t on the e-mail chains. Neither was I. What do we know? As of today? (1) Even the hyper-partisan SCI Chairman John Wisniewski admits there’s still no evidence that Governor Christie knew about the lane closures before he said he did, and (2) this Governor’s major Bridgegate detractors inside New Jersey continue to demonstrate epic levels of credibility-obliterating cowardice.

Three prominent examples for your consideration…

I mean, for starters, I had to put together a big ‘ole detailed timeline simply to keep track of the many twists, turns, and physics-defying reverals in Hoboken Mayor Dawn Zimmer‘s allegations of inappropriate political pressure from the Christie Administration over Sandy aid. She loved Chris Christie, and expressed no concerns whatsover to any member of law enforcement or the media, until after the Mainstream Media’s cameras went hunting for telegenic victims with D’s after their surnames.

Heroine? Not based on the standards of any fairy tale with which I’m familiar.

Then there’s the man at the very center of Bridgegate itself, Mayor Mark Sokolich, who recently extended Governor Chris Christie the benefit of the doubt. That’s a generous gesture, and I’m not being snarky. But now, in the last few days, Sokolich comes forward claiming, for the first time, that the Christie Administration’s allegedly inappropriate efforts to win his endorsement extend back two years, a claim which the Christie people correctly note represents “a direct and absolute contradiction of his public comments up to this point” regardless of whether it’s true.

Again, like Zimmer, I can’t help but take note of the fact that Mayor Sokolich is an adult. A big boy and a player in Bergen County politics. Was he struck mute for the entire first term of Christopher J. Christie only to find himself on the receiving end of a miracle in the last 100 hours?

Last but not least, Save Jerseyans, we have Tom Moran, editorial board chieftain of the Newark Star-Ledger, New Jersey’s newspaper with the largest (albeit shrinking) daily circulation. Moran was the original Christie bullying victim, an incident which Save Jersey took viral online. This insufferably-obnoxious putz spent four years trashing Chris Christie at every turn for purely ideological reasons, only to turn around and endorse him for reelection in 2013; in short, he held one fat wet finger up to the wind and made a business decision. Pure and simple.

Oh really? To the best of our knowledge, as our friends on Twitter have pointed out since Moran’s mea culpa, we’ve yet to see a SL apology for their endorsements of Jon Corzine, Jim McGreevey or Barack Obama, all corrupt liars who’ve hurt New Jerseyans in 1000x worse and more varied ways than Chris Christie’s subordinates ever have over the past few years. Moran’s latest move is a self-serving one designed to cover for a previous self-serving calculation.

Do you see what I’m driving at here, people?

The jury is still out on Chris Christie’s Bridgegate involvement.

We do have solid, firm, undeniable and less-than flattering evidence of Tom Moran’s changeable principles.

The media wants to indict Chris Christie on the word of New Jersey’s apparently well-populated chickenshit caucus, folks! Big bad mayors and media pros who purportedly KNEW CJC was a bad dude but sat back and did nothing – and in many cases, actively supported his reelection – but who now want us to assign credibility to their late-in-the-game claims of systemic corruption.

Say what you want about Loretta Weinberg and John Wisniewski (God knows this blogger has said plenty), but at least they’re consistent in their disdain for New Jersey’s top Republican. I guess that’s something.

What I would like to know right now, regardless of what we find out about Governor Chris Christie in the coming weeks and months, is how Zimmer, Sokolich and Moran justify keeping their respective jobs since, by their own yardsticks, they’ve failed the people whom they’re supposed to serve so tremendously.

They’re either lying now or, in different ways, preserved the power of an allegedly corrupt governor through their silent acquiescence.

46 thoughts on “The Chickens#%t Caucus”