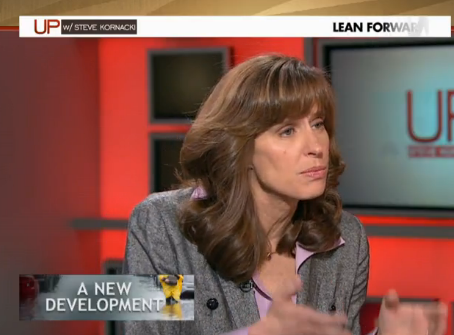 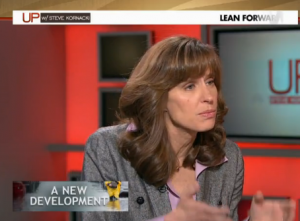 Part of me would like to believe Dawn Zimmer’s explosive charge leveled on MSNBC’s UP with Steve Kornaci that Kim Guadagno and Richard Constable used Sandy funds to coerce support for a development project, Save Jerseyans. Not because I want to believe Governor Christie’s administration is a nest of vipers. Quite the opposite!

It looks like I may have to keep waiting.

WYNC’s Matt Katz pointed out on Saturday afternoon how, only eight days prior to her MSNBC interview, Zimmer told his station that her loss of aid was attributable to her failure to endorse the Governor for reelection.

That’s a VERY different story than the one she told today, isn’t it?

Plenty of Garden State mayors are coming forward and questioning the credibility of Zimmer’s narrative.

You also have to wonder WHY she waited until now to bring these allegations to light. She’s a big girl and, frankly, I’m sick and tired of hearing cutthroat politicians complain of bullying; the media would’ve loved this story back in May 2013 during the gubernatorial election. She had nothing to fear by coming forward and blowing the story wide open… assuming, of course, it’s true.

Can we trust the word of someone who sat on this purportedly massive corruption tale until now?

Christie Spokesman Michael Drewniak rightly noted in a responsive statement that the Mayor has been “effusive” in her praise of the Christie Administration over the years including since May 2013 (as Steve Kornacki, to his credit, opened by noting during his Zimmer segment); she supported the Governor on other major administrative initiatives, too, and never held back:

“As a Democrat, I’ve been encouraged by the bipartisan progress made by the state legislature and the Christie administration. I encourage my fellow Democrats to keep working in a bipartisan manner and pass the Governor’s sick and vacation pay reforms so New Jersey municipalities can deliver significant savings to constituents.”

None of this really adds up. Mayor Zimmer did concede on Saturday to Kornacki that she “probably” should’ve come forward earlier. Duh? I’d submit that, as a public official, she had a responsibility to report potential criminality back in May 2013.

So again, we’re left to wonder whether Dawn Zimmer lied to us and the people of Hoboken right up until this morning? Or today in front of MSNBC’s audience?

Did she truly take part in something shady that nevertheless didn’t bother her enough to speak out until eight months later? Or is she grabbing for limelight at a time when Governor’s detractors are circling like wolves and willing to showcase any mayor with a gripe?

Neither possibility is flattering. My preliminary answer: proceed with skepticism and caution, folks, because either way, this particular elected official has clearly grown way too comfortable with (and talented at) concealing the truth from her constituents.

Dawn Zimmer loved Chris Christie before she was against him. Gotta love how these machine/urban Democrats find religion whenever there’s an opportunity for national exposure…

9 thoughts on “Zimmer: Heroine or Fibber?”