For the Kids, Until They’re Not 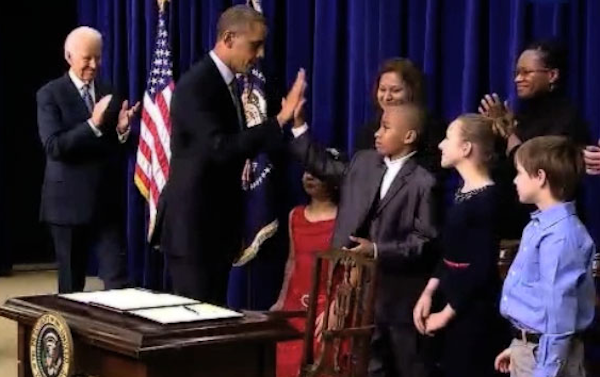 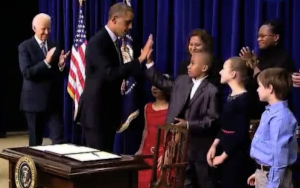 Have you ever noticed how liberals are always squawking about how they’re doing it “for the children” whenever a new tax, regulation, or program is being put on the table?

It’s annoying. It’s also utterly meaningless when you consider their actual track record serving the needs and protecting the rights of our next generation of American citizens.

Mr. Kelly is repulsed by a grade schooler learning the ins and outs of firearms safety, yet I can’t help but wonder if he was equally disturbed when President Obama declared sex ed for kindergartners “the right thing to do”?

Or when abortionists over in the U.K. used thousands of aborted babies for heating fuel?

Or how about the fact that a record number of children here in the United States, whose parents are serving their country in the armed forces, are forced to subsist on food stamps?

Or in the event that they’re stuck in failing schools, but Democrats refuse to allow them the choice of attending a better alternative?

Or when they grow up, and they can’t find a job after college?

Or when they don’t want to sign up for health insurance through the government, and the First Lady has the gall to call them “knuckleheads” on national television?

Are you detecting a pattern? Liberals are always “for the children” until they’re not, Save Jerseyans. Pursuit of the “common good” is too often little more than a guise for their lust for control, and if kids are useful pawns towards that end, then so be it.

“Creepy” doesn’t even begin to describe it…

1 thought on “For the Kids, Until They’re Not”