Christie: 98% of Resettlement Cash is Out 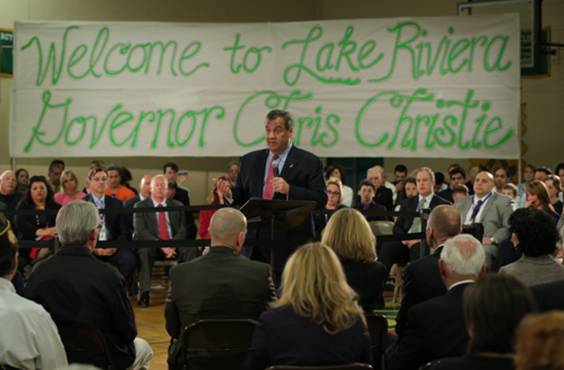 There are plenty of big problems out there in Sandy-affected areas, Save Jerseyans, including the Reconstruction, Rehabilitation, Elevation and Mitigation (RREM) rule preventing homeowners from receiving funds for repairs affected before acceptance into the program. Scores of families are still displaced or suffering in place as our own Synnove Bakke recently chronicled. Then there’s the real albeit unbelievable possible of billions of dollars being diverted away from New Jersey’s recovery efforts.

Governor Christie: Ninety-eight percent of the money on resettlement and helping people resettle is now out the door. We are making significant progress in that and it’s getting better all the time. You know distribution of Sandy funding in the Homeowner Resettlement Program is nearing completion, the 215 million dollar program there. That’s the program that provides eligible Sandy homeowners with 10,000 dollar grants to incentivize them to stay in their homes. Nearly all that money has now been distributed. We’ve sent checks now to 18,200 people of the 18,500 people who applied. And so, nearly all that money has now been distributed and everybody who has applied has gotten that check, short of 300 families left. Ninety eight percent of that has been processed, mailed out, and in the hands of people and we’re happy that we’ve been able to do that. 1,339 Brick residents have received those grants totaling over 13 million dollars, 73 homeowners here in Brick have signed the RREM Program grant awards totaling nearly 7.5 million dollars here in Brick. Brick residents have received nearly 27 million dollars in FEMA individual assistance and Brick also received a 5 million dollar loan from FEMA under the Community Disaster Recovery Loan Program to help them with the individual expenses in town. And so here in Brick and across the state people are being helped.

1 thought on “Christie: 98% of Resettlement Cash is Out”