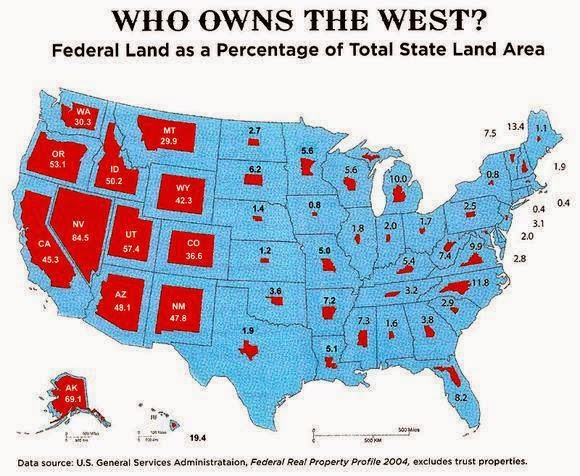 As of 2012, according to the Congressional Research Service, “[t]he federal government owns roughly 635-640 million acres, 28% of the 2.27 billion acres of land in the United States…”

Those holdings include better than 3% of our own Garden State, Save Jerseyans (not to be confused/conflated with a reserve, like the Pine Barrens). I’m not even counting the properties controlled (or heavily regulated) by state, county and municipal governments at both ends of the Turnpike. Don’t get me started on the 50+ year old “Green Acres” program whereby Trenton forced you, me, and everyone else paying taxes in this state to buy 640,000 acres… for the government.

And given what we just saw out west, it’s worth contemplating how the militarization of America’s police agencies and government departments will impact our freedom… all to protect a desert tortoise? Don’t think it’s impossible for the feds/state to try to take your horse ranch to save a timber snake or your shore home to rescue the piping plover!

We’re living in an age where compulsory easement for sand dunes or losing your home to make way for a big box store are uncontroversial events. God help us all.