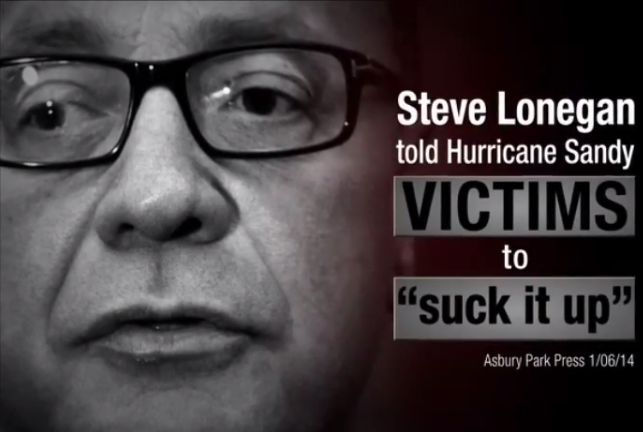 The well-heeled campaign of GOP CD3 candidate Tom MacArthur is stepping up its aerial assault on primary opponent Steve Lonegan, Save Jerseyans, led by two new network television ads that dropped on Tuesday morning only days after launching a major online campaign centered around a website, ‘MayorLonegan.com’; they feature several CD3-based elected officials who have already endorsed the former Randolph mayor:

The joint base attack ad refers to the “massive, bloated military” expenditure comment that Mayor Lonegan made during his 2013 U.S. Senate campaign. Some conservatives (and many libertarians) support targeted military spending reductions but CD3 boasts the largest military presence in New Jersey of both retired and active personnel due to the presence of Joint Base McGuire-Dix-Lakehurst and numerous Shore retirement communities.

MacArthur’s campaign strategists are betting it’s a losing argument for Lonegan given the composition of the district and particularly in light of recent Russian aggression dominating international headlines.

The “suck it up” piece is derived from a December 2012 Lonegan interview conducted by the Fort Lee Patch concerning the Sandy federal aid package:

“Tragic things happen every day to people – worse things than having your house flood – and we don’t hand them a check,” he said. “Having your shore house flood doesn’t rank.

“This is not a federal government responsibility. We need to suck it up and be responsible for taking care of ourselves.”

I agreed with Steve’s criticism of the aid package itself insofar as there were undoubtedly major problems with pork, oversight and timing; I’m a federalist, and the widely-acknowledged problems observed since the relief package was rammed through Congress have validated most of my concerns.

But with all of that being said, telling victims to “suck it up” and suggesting that the federal government has no significant role whatsoever in natural disaster relief is risky politics for a district dominated by Shore towns! The feds sap billions of dollars from New Jersey on an annual basis by way of federal taxation and assessed fees; constitutional debates are difficult to win when thousands of citizens are homeless and hungry as was the case in December 2012.

We won’t tell you what to think, Save Jerseyans. Watch the ads, read the source material linked above and draw your own conclusions…