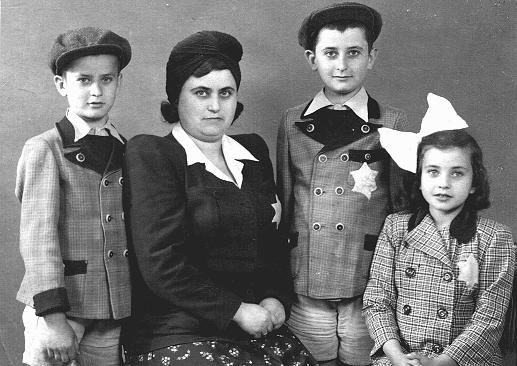 If you want to know why I could never vote for a Ron Paul-type libertarian, Save Jerseyans, then read this exceedingly disturbing report out of a Russian militant-occupied town in Eastern Ukraine (via USA Today):

Emanuel Shechter, in Israel, told Ynet his friends in Donetsk sent him a copy of the leaflet through social media.

“They told me that masked men were waiting for Jewish people after the Passover eve prayer, handed them the flyer and told them to obey its instructions,” he said.

The leaflet begins, “Dear Ukraine citizens of Jewish nationality,” and states that all people of Jewish descent over 16 years old must report to the Commissioner for Nationalities in the Donetsk Regional Administration building and “register.”

It says the reason is because the leaders of the Jewish community of Ukraine supported Bendery Junta, a reference to Stepan Bandera, the leader of the Ukrainian nationalist movement that fought for Ukrainian independence at the end of World War II, “and oppose the pro-Slavic People’s Republic of Donetsk,” a name adopted by the militant leadership.

The leaflet then described which documents Jews should provide: “ID and passport are required to register your Jewish religion, religious documents of family members, as well as documents establishing the rights to all real estate property that belongs to you, including vehicles.”

Consequences for non-compliance will result in citizenship being revoked “and you will be forced outside the country with a confiscation of property.” A registration fee of $50 would be required, it said.

The incident has been confirmed by reliable authorities but the extent of the anti-Semitic action – and who sanctioned it – isn’t quite clear other than the fact that it came from pro-Russian forces.

Surprise! We haven’t heard anything from the White House. No doubt they’re busy tinkering with Tea Partiers’ tax returns or school lunch menus. Rep. Leonard Lance (R-NJ07) issued a statement expressing how he is “appalled by the news out of the Ukraine that pro-Russian militants are mandating Jewish citizens ‘register’ with the forces who are trying to force Ukraine to become part of Russia…

“Today’s news harkens us back to some of the worst times in human history. I immediately call for the world community to denounce these tactics and allow the Jewish people to practice their faith freely.”

Waiting on you, Mr. President.

Regardless of HOW it went down, as Congressman Lance correctly reminds us, the parallels between the aggression asserted by Hitler’s 1930s Germany and Putin’s 2010s Russia were eerie enough before this news broke. Europe (and Russia in particular) have a deep-rooted anti-Semitic history that’s never too deep beneath the surface; what makes current events particularly troubling is Putin’s willingness to undertake extreme measures (e.g. invasion of a sovereign nation) to prop up his government which is grappling with a sour domestic economy. Playing both sides of the Middle Eastern game is one thing. Ruthlessness employed to save your tail at home is another.

As New Jersey’s own Rabbi Shmuley said in a recent Jerusalem Post op-ed, “[a]lways beware a dictator. When he falls righteous people will point fingers. And you really don’t want to be around.”

I wouldn’t put it past Putin to exploit anyone or anything to keep control and achieve his nefarious ends. And who is going to stop him? Certainly not Barack Chamberlain…

Please keep all of Eastern Europe’s Jews in mind this Passover/Easter season. They need your prayers.