Wiz, Sweeney at War Over SCI 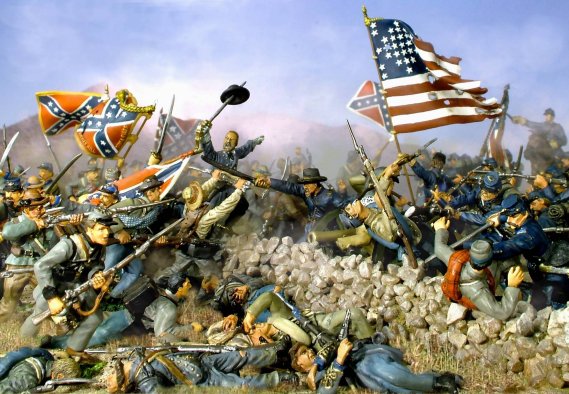 The New Jersey Republican Party isn’t exactly killing it right now, Save Jerseyans, with the U.S. Attorney and U.S. Media establishment ravenously circling and pecking at its figurehead like hungry buzzards starved for a fresh carcass.

But you know what? It’s very much in Paul Fishman’s hands. The table is already set and the pieces are moving independent of externalities.

The real battle lies on the other side of the aisle at the moment, and it’s one which has the potential to become so messy, so quickly, that it could actually undermine Democrat chances of capitalizing on Bridgegate’s fallout in the coming cycle(s)…

I’m referring, of course, to Sweeney vs. Wisniewski vs. Fulop vs. ???

The Democrat gubernatorial primary is already in full swing, as well as full punch, full slap, and full knee-to-the-groin.

No one knows when Chris Christie is leaving Trenton despite rampant speculation, but the only thing that’s certain is he will be leaving one way or the other at some point in the not-too-distant future. Democrat hopefuls throughout the lean-blue Garden State are loathe to miss an opportunity to fill the Christie breach.

There’s a clear front runner in terms of money and organization. Senate President Steve Sweeney, backed by the powerful Norcross political machine, is determined to hold off his North Jersey rivals at any cost. Acceptable methods include abandoning his LD3 constituency by completely reversing himself on the gun control issue to win points with liberal base voters, slow-rolling pension legislation to needle Mayor Fulop, and undermining Asm. Wisniewski’s claim to liberal fame at the moment: the legislature’s  Bridgegate special investigatory committee (or “SCI”).

Sweeney went so far as to tell the Star Ledger‘s editorial board that Wisniewski’s hapless SCI (my words, not his) should pack it in if the Superior Court declines to compel key figures to comply with the committee’s document request subpoenas.

In a rare public showing of party disunity, the Wiz took to his official Facebook page to say Sweeney’s comments were a mistake: 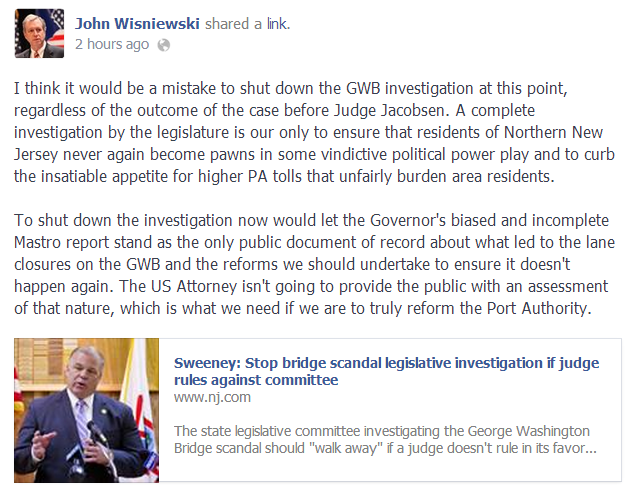 More than one State House source tells Save Jersey that the Wiz’s head nearly exploded upon hearing of Sweeney comments.

President Sweeney’s attempt to undercut his adversary’s national platform is still somewhat risky since it could offend the base’s Bridgegate blood-lust, but it’s also undoubtedly a sign that he’s in this thing to win it. As if there was ever any doubt.

Here’s hoping the (un)civil warn’s combatants rip each other to shreds first.

3 thoughts on “Wiz, Sweeney at War Over SCI”