“Only Liberal Women Are Women” 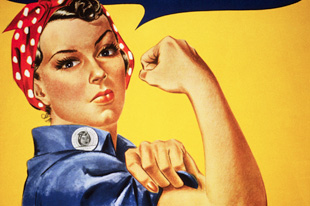 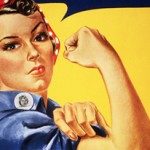 I completely decimated the “equal pay” for women myth last year, Save Jerseyans, but our undaunted liberal friends are fighting back by declaring April 8, 2014 “Equal Pay Day.” Because you know the old Leftist motto:

“If the facts aren’t on your side, accuse your opponents of being racists or sexists as loudly as you can. And if that doesn’t work, go ahead and create a holiday to remind everyone that they’re racists and/or sexists.”

Another time-honored liberal belief is that women are only good women if they’re making “liberal” choices, such as forgoing family for career or voluntarily aborting their young. Women who choose a traditional lifestyle (e.g. staying at home to raise the kids while they’re aren’t really women. They’re no better than self-loathing servants of piggish evil white rich Republican men like Matt Rooney.

So for those of you who still feel oppressed today on the basis of bad statistics and self-interested Democrat propaganda, I invite you to liberate yourself from ignorance with the following insightful video version of the facts, not hysterics, which we discussed last year here at Save Jersey:

1 thought on ““Only Liberal Women Are Women””