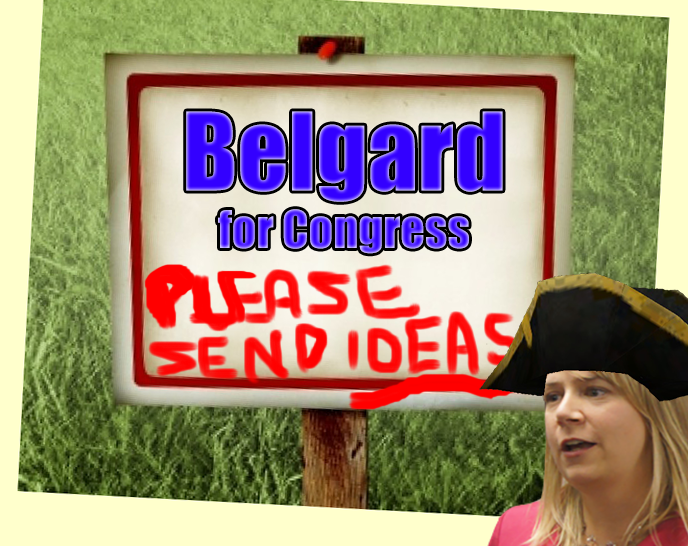 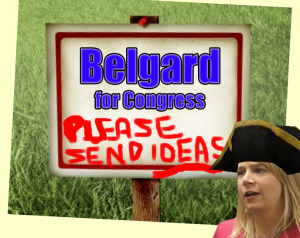 There are definitely worse tactical choices for a Democrat running in New Jersey’s lean-GOP Third Congressional District this cycle, Save Jerseyans.

But is it the most inspiring choice? One worthy of your vote? Not in my opinion or, I’d hope, anyone other free-thinking individual invested our country’s future.

To put it as kindly as possible, South Jersey Machine Democrat Aimee Belgard had an inauspicious start to her candidacy, announcing before the ink on Jon Runyan’s retirement statement was cooled yet unbelievably, from all outward appearances, having given precious little forethought to the major challenges facing our nation.

I still can’t get over her November 2013 radio interview with WPHT ‘Big Talker’ host Dom Giordano when she couldn’t engage in an intelligent conversation on the topic of fixing Obamacare, leading an exasperated Giordano (who’s conservative but known for his fairness in interviews) to tell Belgard that “[m]aybe you shouldn’t be running for Congress until you know what you’re talking about.”

All in the first few days of her campaign!

It’s not at all surprising when a green, first-time federal candidate needs to brush up on a few archaic topics at the beginning of a campaign. Running for Congress isn’t competing on Jeopardy. That being said, we’re not exactly talking about maritime law, USDA regulations or a random geopolitical backwater in a strategically low-grade area of the glob, are we? This is Obamacare, arguably the single largest public policy issue since the Iraq War debates of the mid-2000s. The health care law is negatively impacting thousands of the citizens she wants to represent.

Like Dom said: how can you run until you’ve given it some serious thought?

Worse still, how sad is it that the notorious pot legalization activist Ed “Weedman” Forchion, who’s launched his own 3rd party candidacy in CD3, actually boasts a clearer platform than Belgard? It’s no wonder that N.J. Dems are trying to get him off the ballot! They’re not just worried about him siphoning votes from their base (which is quite an indictment of the Democrat Party in of itself, don’t ya think?) but he’s also making their candidate look clueless by comparison.

A better use of party time and energy would’ve been bringing Aimee up-to-speed on the national discourse. Note my use of the past tense. Seven months later and there’s still no discernible progress. The day after Tom MacArthur’s GOP primary victory, Belgard issued a two-pronged “challenge” to her opponent in a transparent attempt to dumb down the race:

Okay… if you’re willing to vote against MacArthur solely because he hasn’t lived in CD3 for as long as Belgard, or due to the fact he’s a self-made guy who made a good living in the insurance industry, then that’s certainly your right!

Just know that his Democrat opponent, Freeholder Belgard, began her run for Congress unable to discuss anything important on a substantive level and now, with less than five months to go before Election Day, she wants to talk about anything but issues of substance.

We already have PLENTY of people like that on Capitol Hill. Do we really one more?