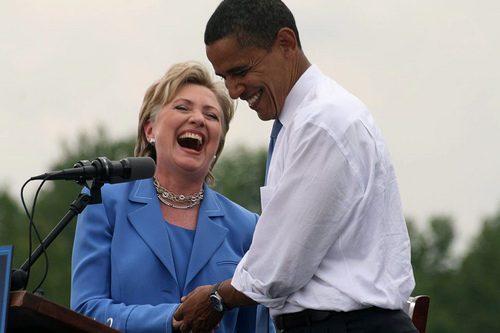 Governor Chris Christie’s GOP presidential primary prospects have seen better days, Save Jerseyans, but American Bridge 21st Century, a Super PAC named after Bill Clinton’s famous “Bridge to the 21st Century” talking point, spearheaded by a Harry Reid staffer and funded by rich Clintonistas, is still treating him as a top contender. Or at least the one that they’re most determined to prevent from reemerging as a top contender. It’s all a matter of perspective I suppose.

Kind of lame and less-than-entertaining but it’s out there. Doesn’t matter: Dems would rather have you consuming this drivel online, as your brain slowly atrophies and rots, than risk you absorbing the homecoming of Bowe Bergdadal or the imminent sack of Baghdad.

Meanwhile, on a related note, the N.J. Democrat’s top brass gathered for a ‘Ready for Hillary’ PAC event this week in New Brunswick. They’re all in….