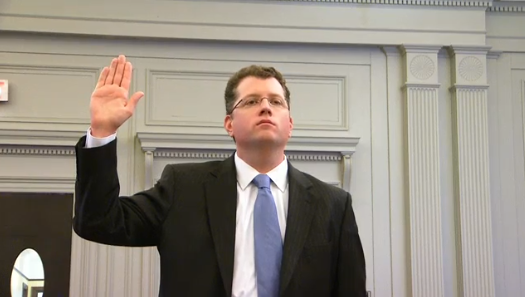 The man who might be New Jersey’s next state attorney general gets his turn to discuss the Bridgegate scandal under the heat lamps this morning, Save Jerseyans.

Christie Administration Chief of Staff Kevin O’Dowd will testify before the Wiz’s SCI at 10:30 a.m. in the Statehouse Annex. In December, the Governor had announced O’Dowd as his choice to replace then-U.S. Senator Jeff Chiesa following Frank Lautenberg passing but, in the wake of Bridgegate, his ascension was placed on the back burner. He had figured prominently in the Bridgegate memoranda prepared by the Administration’s retained attorneys; for example, he reportedly “grilled” Bridget Kelly over her role in the Fort Lee lane closures after the story broke.

You can watch LIVE here or streaming below the fold…