“Pro Life for the Whole Life” 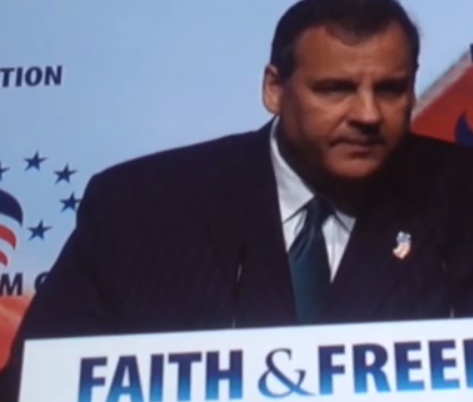 A packed Omni Shoreham ballroom for the Faith and Freedom Coalition’s ‘Road to the Majority’ conference likely didn’t know what to expect from the New Jersey Republican Governor, one who’s found himself increasingly out-of-favor with conservative GOP’ers as of late, but their audible assent to his less-than-conventional speech suggested that they liked what they heard.

Enough so to support him in 2016? Or put another way, will they ever trust him?

1 thought on ““Pro Life for the Whole Life””