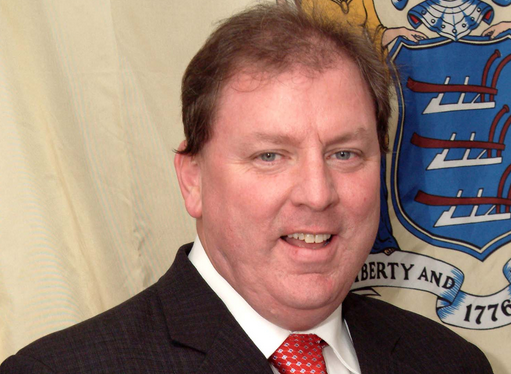 THIS is how sad it’s getting in Trenton, Save Jerseyans.

The following blurb from our AFP-NJ friends’ post-Assembly budget vote release caught my eye: “If reports are true, only Asm. Cryan and a few others in the Democratic caucus opposed this tax-hiking budget. We commend Asm. Cryan for pushing for a 4% across-the-board cut in the budget[.]”

Yes, Joe Cryan was the only one proposing cuts. 4%. Across-the-board.

Okay. I want to make it abundantly clear: anyone, Democrat or Republican, who claims that there is almost nothing to cut from the FY 2015 Budget is to the Left of Assemblyman Joe Cryan!

One of the legislature’s most partisan, liberal, and romantic (I might add) senior members.

There’s a third option, of course, one which gets no attention from the ruling clique but one which would also both avoid tax hikes AND permit Trenton to honor its obligations (and our credit rating).

“Too many in the State House suggest that the choice we face is between raising taxes [Dem legislative leadership] or deferring pension payments [Gov. Christie],” Assemblyman Jay Webber argued in the wake of Tuesday night’s vote. “That’s a false choice. The people of New Jersey expect their leaders to do what they do around their kitchen tables everyday – when their expenses exceed their income, they cut spending.”

“We need to do the same,” Webber continued in his statement. “We should cut enough spending to meet our pension obligations and avoid raising taxes on the already overtaxed residents of our state.”

A-men, Jay. And let’s be 100% clear: “we” (the remaining fiscal conservatives in N.J. politics) are not offering criticism alone without any workable accompanying alternatives. I’ve outlined numerous proposed cuts that would allow Trenton to meet its pension payments without making New Jersey’s tax climate even more toxic to job growth; Senate GOP Leader Tom Kean, Jr. took the lead and pitched his own.

Consider A-3459, rammed through the Assembly Budget Committee at about 11 p.m. Tuesday night and scheduled for a Thursday vote. Guess what this one does? Actually ADDS people to the pension system at the very moment when both sides are screaming about our inability to meet our existing pension obligations. A-3213, the “Economic Opportunity Act 2014” also to be voted on Thursday, is another Camden boondoggle which will make the Sixers corporate welfare deal look like fiscal conservatism.

How to explain what the hell is wrong with these people? Beats me! I’ve tried for over six years and I’m still coming up empty. Ask honorary fiscal conservative Joe Cryan to explain his colleagues to you?

3 thoughts on “Trenton Moves to the Left of Cryan?”