You can’t tax ghosts, Mr. President. You can destroy jobs AND your tax base by convincing ghosts to haunt another lower-tax state. It’s never worked before and there’s no reason to think this time is different. “We have seen the suffocating impact of high taxes on the middle class families who have suffered as jobs moved away,” Assembly Republican Budget Officer Declan O’Scanlon (R-Monmouth) very correctly declared on Wednesday afternoon. “The state’s economy cannot sustain additional pressures on employers who have other options. Many of them can and will decide to create jobs in other, more welcoming  states if these irresponsible, short-sighted proposals are actually enacted.”

And you know what? I think Steve Sweeney knows it’s true….

The only “balance” he’s genuinely interested in preserving is his party’s dominance under the dome. Sweeney wants Trenton Republicans to (1) shut down the government to “defend millionaires” or (2) support a tax increase and consequently lose their ability to campaign against Democrats over tax increase. Whether the plan will raise enough revenue when implemented doesn’t matter to him (and it won’t by the way). We’re witnessing a giant game of fiscal chicken, but if the Dems don’t blink, it’s you and me that get squished while the game’s actual players survive to spend our cash another day.

Not everyone is crazy. Legislative Republicans are trying to offer an alternative that’s rooted in, ya know, a little thing called REALITY.

They’ve even outlined how to pay for it:

Solid stuff! I applaud them for setting forth a workable, positive, alternative vision for taxpayers and standing by it.

It won’t surprise you to know that I’d go even further in a perfect world. But this isn’t a perfect world, is it? There’s no doubt that the budget is a mess for reasons that LONG precede Governor Chris Christie as the possibility of a government shutdown looms on the horizon, Save Jerseyans. Consider how approximately $9 out of every $10 spent in the current budget proposal is dedicated to debt service, health benefits and pension payments.

Some of the expenditure are outright inane; case in point, why are we funding a “Center for Hispanic Policy, Research and Development”or a “Division on Women” within the Department of Community Affairs? When funding this crap is ironically making it impossible for Hispanics, women, and everyone else regardless of ethnicity or gender to live and prosper here? Other more appropriate governmental functions could easily be performed by another department; for example, why not roll DCPP into Health and Fire Safety into the Department of Law and Public Safety? Duh? Right?

We could also easily find places to cut in the Department of Environmental Protection, the state comptroller’s office, the inspector general and the public advocate.

I bet we could save at least hundreds of millions of dollars – closing better than 80% of the budget gap – simply by ending what the British charmingly call “redundancies” without seriously impacting any vital services in the arenas of public safety, health, transportation, etc. No problem.

And how about limiting tax abatements?

41% of the FY 2015 state budget – $14.3 billion dollars – is allotted to state aid, Save Jerseyans, a huge umbrella category which “includes education aid programs, school construction debt, municipal aid, general assistance, and aid to county colleges.” Municipal aid is a major cost driver, and cities like Jersey City are prime offenders, offering 5-30 tax abatements to spur economic growth at the expense of the rest of the state’s prosperity. How? Jersey City’s growth is fueled by $418 million in state aid for 2014-2015, a $612,000 increase over last year. 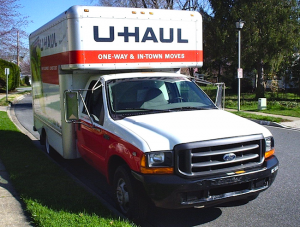 The practice is spreading. Again, a few Republican voices are speaking out but they’re badly out-numbered at present. Limiting municipalities’ ability to hand out tax abatements with one hand while requesting millions in state aid with the other would go a long way toward restoring New Jersey’s fiscal health. At the current rate, by the time some of these un-taxed businesses start paying, the folks subsidizing their presence in the state will move leaving an even bigger gap!

Which brings us full circle in our discussion, Save Jerseyans. We’re not debating hypotheticals anymore in this larger budget discussion. This is the fiscal end times for New Jersey; unless we can make New Jersey affordable relative to neighboring states again within the next few years, my generation (I’m 29, btw) will officially give up on trying to make a life here.

Look at it this way: why the hell should I work half of the year just to pay for college loans, property taxes and massive pensions?

Taxing millionaires is therefore counterproductive since most of us are employed, directly or indirectly, by a millionaire. Borrowing billions to bill dorms in counterproductive because the graduates can’t find sufficiently lucrative jobs here. Both approaches represent a conscious decision to rail against reality.

Mega kudos to the GOP Senate leadership for accepting reality and trying to restart the process of honestly articulating what needs to be done about it to our state’s residence. No one else is even trying for one reason or another.

3 thoughts on “Sweeney vs. Reality”