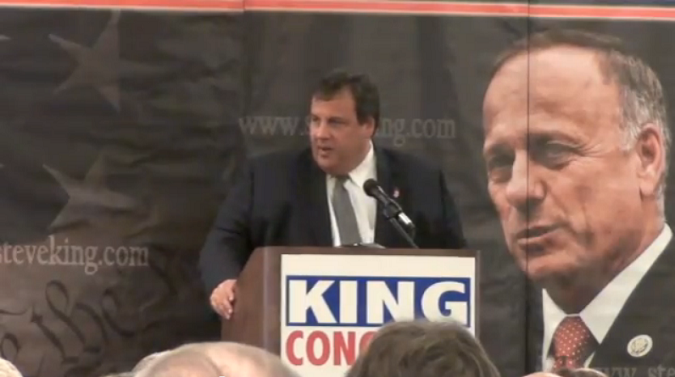 Another new poll (this one from CNN) dropped Tuesday showing Chris Christie leading the GP 2016 hypothetical primary pack by 1-point, Save Jerseyans. The other “top” contenders – Rand Paul and Mike Huckabee – are tied at 12%.

I’m starting to loathe these polls for a few different reasons (no offense intended, CNN, ’cause you’re hardly the only offenders).

For starters, in a crowded primary, the state-by-state primary/caucus polls are what matters.

Chris Christie doesn’t do half as well in Iowa as he does in New Hampshire; national polls don’t tell us anything about the complex dynamics associated with riding momentum (or fighting gravity) as the candidates float between battlegrounds. Fundraising numbers? To an extent. Polling at this point isn’t helpful unless one or another contender opens a commanding lead.

Secondly, when the race is consistently this tight and low — by “low,” I mean no single candidate has more than a token level of support, in the teens as is the case here — then the question of who is “leading” the field doesn’t, again, really tell us much. If Chris Christie is 1-point up with 23% or 33%? Sure, he’s got a solid base. Right now, it’d be much more help to ask something like this:

“Upon evaluating the following hypothetical field of candidates, tell us which ones you would never support in a primary.”

“If your preferred candidate dropped out tomorrow, tell us who would be your second choice.”

You get the idea. It’d be a quick way to find out how many Tea Party-ish Cruz supporters, if any, would back Chris Christie or how many Bush backers would pull the lever or push the button for the libertarian Rand Paul.

Not everyone on that CNN list will make it to the ballot in Iowa and New Hampshire. Obviously. With that in mind, poll results telling us, for argument’s sake, that 78% of New Hampshire voters would consider supporting Chris Christie, while only 33% of Iowa caucus voters feel the same way, would be much more informative at this juncture. I think it’d also be a better news story which, at the end of the day, is what these polls are designed to accomplish: ratings ‘n’ traffic. Just sayin’…