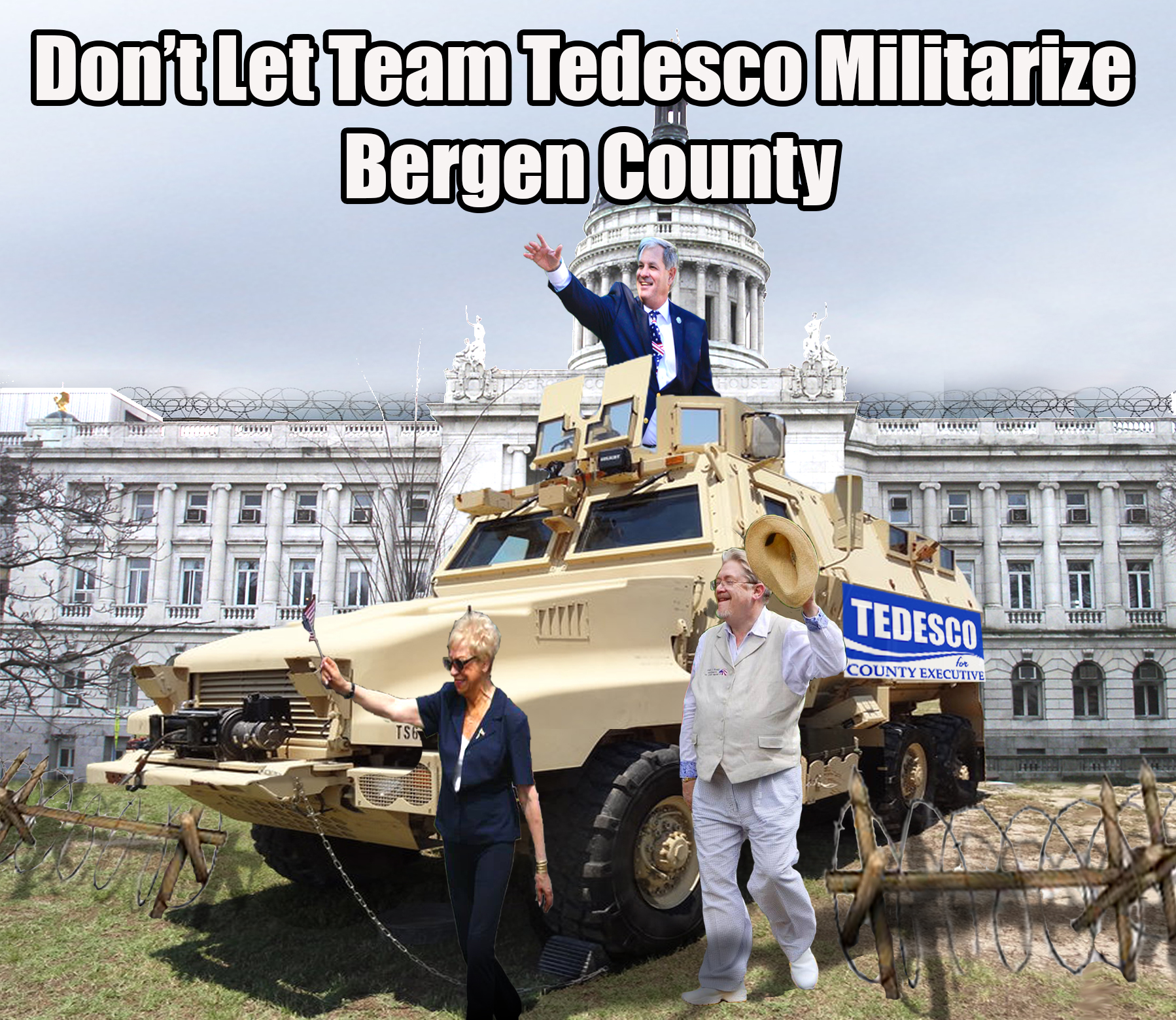 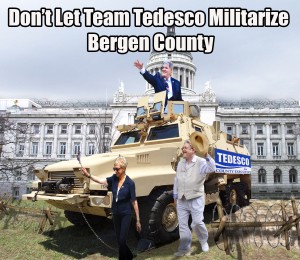 Bergen County isn’t officially organizing a formal army, Save Jerseyans, but it is drawing fire from the ideological right and even the anything-but-right Bergen Record for purchasing military grade vehicles and equipment.

To be fair, this trend is hardly unique to Bergen. As Barack Obama continues to gut our military, local governments across America are buying surplus military tools including M-16 rifles, grenades, and yes, armored vehicles designed to withstand mortar and rocket fire as well as roadside bombs.

What makes it a little more disturbing in Bergen is the Democrat-led push to merge the county police force with the sheriff’s department.

Let the Democrats whine and moan: this is rightly campaign issue in a year when control of Hackensack is at stake. Incumbent County Executive Kathe Donovan, a Republican, released the fun photo-shopped image (above) and criticized Democrat-controlled freeholder board incumbents James Tedesco, David Ganz and Joan Voss for voting to approve the acquisitions. Tedesco is her challenger this fall for the executive position.

But there’s also the liberty component, Save Jerseyans. We already mentioned the ongoing merger battle. Now the Sheriff’s Office is telling NJ.com that it would use these MRAPs “to execute high-risk warrants and transport dangerous prisoners.”

That’s ridiculous, folks. Insultingly so. Government has enough power over our lives and no shortage of weapons as it is; no Freeholder board or sheriff needs a private army particularly when these same Democrats’ allies are actively trying to trample upon our individual Second Amendment rights in Trenton.

Hold the battle line, Kathe. Yes, it’s also been reported that Donovan authorized the purchase of a single bearcat (somewhat similar to the MRAP)  years ago. They’re going to say she’s a hypocrite. We’ll give her the benefit of the doubt that she’s evolved on the issue. What matters to those of us primarily interested in ideas, not personalities, party loyalty or feuds, is that she happens to be on the right side of this one.