Interview with the Libertarian 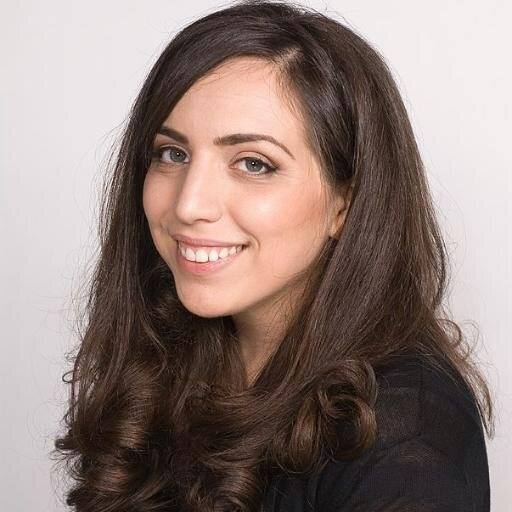 By Joshua A. Sotomayor-Einstein | The Save Jersey Blog

Save Jerseyans, you may recall that in June I had the pleasure of debating Dorit Goikhman, Vice Chair of the NJ Libertarian Party and her party’s nominee for the House of Representative in CD 6, in a forum sponsored by the Hudson County Republican Club (HudsonRepublicans.com). It was a great debate and the questions we asked each other and were asked by the audience were challenging and intellectually provocative.

I’m all about building a big tent GOP family with libertarians inside the Republican Party despite my many reservations with the dominant libertarian approach to foreign policy, so I recently asked Dorit to share with the Save Jersey community a little bit about herself, why she is running, and her campaign.

The 26 years old attorney and Morganville native had a lot to say. Enjoy…

1. Where did you go to college/law school?

I graduated Rider University with a BA in History in 2008 and Brooklyn Law School with a certificate in Business Law in 2012.

2. What brought you to your involvement with the Libertarian Party?

I am a Constitutionalist first and foremost, and prior to my involvement with the LP, I was comfortable in my belief that Republican candidates were the defenders of constitutional rights. But at some point it became clear that several issues that the GOP generally stands for are simply inconsistent with a constitutional approach. We were born free. Right now, the Libertarian Party is the only party that takes a consistent approach in supporting this concept.

3. As the NJ State Vice Chair of the Libertarian Party, what do you think are the party’s greatest opportunities?

Our greatest opportunities are without doubt with young people and independents. I am 100% confident that the majority of New Jerseyans are libertarians. And that’s because libertarianism isn’t necessarily the complicated philosophy that we make it out to be. It’s actually quite simple. Let’s have as little government as possible, with the goal of maximizing human creativity and ingenuity. Liberty is an easy sell, and it should be. If you point out to young people and independents specific instances of over-regulation, and you can do so consistently across issues, you will find that suddenly everyone you speak to identifies with you.

While it might sound counter-intuitive for a Libertarian, I wanted to choose a heavily Democratic district. I’m 26. And I plan to be around for some time. So I’m in this for the long haul. This is more than just an election to me. It’s about empowerment. And it’s about discrete groups of voters, the working poor, the young, the vulnerable, who are being told their entire lives that they aren’t capable of greatness, or that a comfortable life just isn’t in the cards for them. Why? Because the wealthy have too much…I’m tired of listening to this complete and utter non-sense while watching two parties have the same debate over and over again to no result. And I think the rest of the country is tired of it too. CD6 reflects an interesting phenomenon. The people of CD-6 aren’t voting pro-Democrat, they’re voting anti-Republican. And it’s not because they want more government, but because they hate Republicans. They hate the pandering. And that’s a demographic I can reach.

5. What are the greatest issues before congress that affect the people of CD6?

Just like anyone else, the people of CD6 are concerned about the economy, about healthcare, about privacy and other issues that affect them close to home. We are also extremely intellectual here in CD6. When it comes to social issues, we are progressive. We want marriage equality and want to raise the standard of living for everyone – including the most vulnerable. I know that the free market is the best way and in fact the only way to correct the dire problems we are facing. And of course we must also take a ‘free market’ approach to social issues. Live and let live, that’s at the core of the libertarian message, and that’s what the people of CD6 want.

6. Which messages do you want your campaign to convey to the voters?

I want to show the voters that there is a way out of the false dichotomy. There are creative solutions out there, but we need to elect creative representatives. I am not trapped in a false mindset, and unlike our current representatives in Congress, I don’t pander. I tell the truth as I see it. And the truth is that the Federal Government is regulating our economy to death. Innovation is possible, but we’ll need to think innovatively.

7. Why are your a better alternative to Representative Pallone for the people of CD6 than the presumptive GOP nominee Anthony Wilkinson?

I am hands-down the best candidate for CD6. I represent all people – not just conservatives, not liberals. I have no interest groups– I just want to bring power back to the people and the states, and I want to make things easier for small business. Republicans talk about such things, but they don’t deliver. If you elect me, you know exactly what you’re getting. I have zero party loyalty and I want the same thing that you want – less government. So I am I’m here with a positive message. It’s for Democrats AND Republicans. Less government, more freedom. How simple is that?

8. As a third party candidate, some people may see you as a side show and some as potential spoiler; what are your thoughts on the role of third parties in general, the Libertarian Party and in particular this election?

I can’t steal any votes that the Republicans haven’t lost already, and the same goes for the Democrats. If the two major parties are so concerned, perhaps they should be more inclusive of creative and liberty-based ideas.

9. Pallone undoubtedly will have a sizable war chest as well as the support of the usual local leftist groups; what is your strategy for electioneering?

I don’t need interest groups, because the people are my interest group. Do I need money? Yes. A lot of it. I’ll be relying on contributions from people, not corporations or special interests. If you want to see a liberty based approach in action, quit the two party paradigm, visit my website www.doritfornj.com, and if you like what you see make a contribution to my campaign. Every dollar contributed will be used to spread the message of liberty here in NJ.

3 thoughts on “Interview with the Libertarian”