Are You A Witness? Or a Spectator? 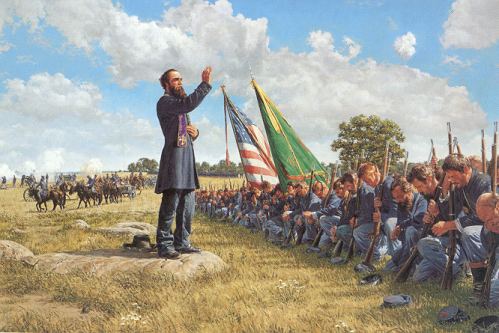 ALSA isn’t trumpeting its support for embryonic stem cell research these days, Save Jerseyans, but more and more pro-life groups and institutions are speaking up to raise awareness of where donations made through ALS.org’s “ice bucket challenge” might go. Hopefully next time we’ll all get on the ball a little sooner.

I found this portion of the Roman Catholic Archdiocese of Newark’s statement (released last Friday) to be particularly poignant:

As you begin any project involving an organization not affiliated with the Catholic Church, you have a very clear and wonderful opportunity to engage your parishioners, your staffs and students in a conversation about the Church’s position on stem cell research. The Church opposes embryonic stem cell research because the cells are taken from embryos that are about 5 days old, invariably destroying that early human life.

It also can be an opportunity for each of us to be present, as Christ wants us to be, to those who may approach us with the idea of participating in a particular fundraising event because someone in his or her family suffers from the disease. That person’s pain and anguish is very real, and as a Church, we should work to ease that burden.

I don’t think you need to be a Catholic, or even a Christian, to appreciate the truth contained in this statement.

A little bit of murder isn’t okay even if the sacrifice could, hypothetically, save other lives down the road. Is that such a controversial statement in 2014? If so, what does that say about the status of our culture? Our society? Our values? ALSA’s values?

Are you scared yet? It used to be that only mad eugenicists (like a Hitler) or radical secularists (like Richard Dawkins) would be so open about their disdain for “inferior” human life forms. What transpired at the 2012 DNC (under Cory Booker’s leadership, btw), demonstrates a disturbing trend towards a mainstream bifurcation of human rights; specifically, those who can retweet and those who can’t. Even after Hobby Lobby, blue states are pushing to force employers to subsidize elective abortions.

So what are you doing about it, Save Jerseyans? THIS, as much as the statement about the dignity of all human life, is must-internalize takeaway from what you read a moment ago courtesy of the Archdiocese.

My starting point is naturally rooted in my own background and experiences. Christians are called to bear “witness” for their faith, which is just a fancy way of saying live it. Not only think it, or talk about it,  or delight in a deluded sense of superiority. I understand it’s not a concept unique to only us though we’ve done a lot to popularize the concept.

Frankly, I don’t see how or why political participation should function any differently. I’m going to be honest with you: the number of purportedly pro-life Republicans who continue to participate in the ice bucket challenge without qualification is amazing to me. Sure, in the early hours I get it. But as word spread as to ALS.org’s views, did these individuals, from former President George W. Bush on down, continue to contribute out of ignorance? Laziness? Or is the overwhelming desire to gain social acceptance through social media capable of affecting even the most accomplished of men?

Let’s push the envelope and go one step further. I know it’s not everyone but the question deserves consideration: how many of these elected officials (and the average folks sharing their videos) really give a damn about ALS? Will think about it, or do anything to help those suffering from it, beyond the shooting of their own Youtube moment? Or is it really about wearing the ribbon, changing the profile pic and belonging to something, anything, regardless of what it is? Provided everyone else is doing it?

I touched on this theme in my original post on the subject; do yourself a big favor and download a copy of Fromm’s Escape From Freedom or anything from Ayn Rand if you really want to get your hands dirty.

The sheeple dilemma goes well beyond abortion. All citizens, regardless of their respective faith traditions, need to turn a little introspective and ask themselves whether they’re witnesses to traditional American values – the life, liberty, and property rights of ALL Americans – or simply spectators following the herd as it amorally meanders from one fad to the next. It’s more than a good idea; living your values is YOUR responsibility assuming you’d like to hold on to what we have in this country for as long as we can reasonably keep it.