Christie to Raise Cash Over Eggs for MacArthur 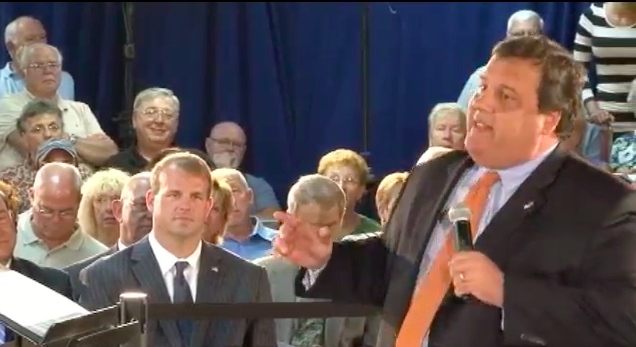 Governor Chris Christie is stepping up his in-state fundraising this cycle, Save Jerseyans, and the latest beneficiary will be the Republican candidate fighting to retain this year’s most competitive Garden State House seat: Tom MacArthur.

He’s heading to Toms River on Thursday morning for a breakfast at the Route 9 Ramada hotel; it’s happening between out-of-state fundraising trips on behalf of RGA-backed candidates. Next up in the coming weeks: North Carolina, South Carolina and a trade mission to Mexico.

MacArthur opponent Aimee Belgard, one of the only non-incumbents in modern Congressional history to dodge debate challenges, dropped her own e-mail fundraising appeal on the eve of Christie’s Ocean County visit. “Governor Chris Christie’s coming to the district in just 24 HOURS,” it reads. “Why? He plans to rake in thousands of dollars for Aimee’s radical right-wing opponent.”

4 thoughts on “Christie to Raise Cash Over Eggs for MacArthur”