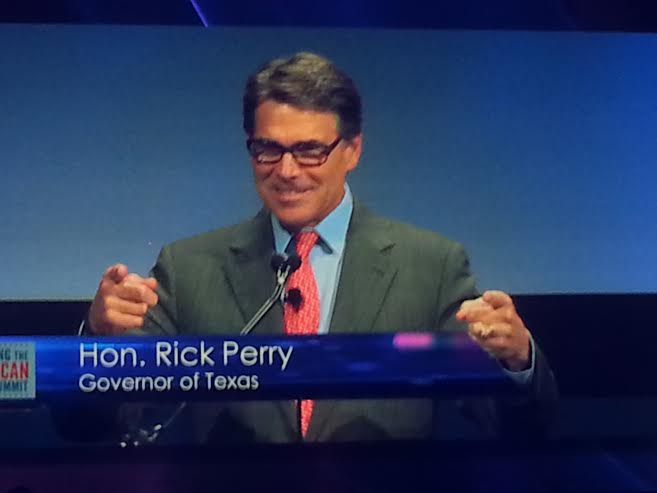 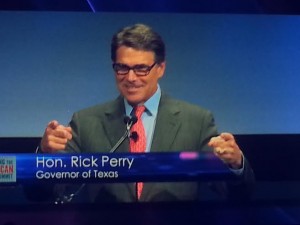 “What does the American Dream mean to you?”

That’s the unofficial theme of this year’s ‘Defending the American Dream’ summit in Dallas, Texas hosted by Americans for Prosperity, Save Jerseyans, and I’m having a heck of a time discussing it with like-minded economic conservatives from around the country, but the small army of grassroots activists gathered at the onset of Labor Day Weekend aren’t debating definitions among themselves. They know what it means, and they very much believe it’s alive and well in the United States (notwithstanding an ongoing assault from the Left).

Their primary point of concern is its survival AND, refreshingly, what to constructively and proactively do about it.

That latter component wasn’t lost on 3,000+ summit attendees. They view Election 2014 as a key stand in the gradual battle to reclaim the upper hand  in the nation’s political discourse. AFP President Tim Phillips opened up Friday’s main program by defending his group’s principal financeers, the Koch Brothers, as superior job creators to their chief critic, soon-to-be-former Senate Majority Leader Harry Reid, but by also highlighting all of the ways in which once-popular liberal talking points (like “climate change” and Obamacare) have turned toxic in public policy due, at least in part, to AFP’s multi-million dollar independent expenditure ad campaigns.

Most of Friday’s convention-goers, however, were on the edge of their seats waiting to hear from the new poster boy of resistance to the Obama Administration’s constitutional transgressions: the home state hero, Gov. Rick Perry.

He only made a passing, indirect reference to the ridiculous partisan indictment which, ironically but justifiably, is bringing new attention to his potential 2016 presidential candidacy from national conservatives. “The duty of a patriot is to protect his countrymen from their government,” Perry thundered, quoting the Revoluntionary-era patriot Thomas Paine. The Governor then proceeded to touch on a variety of news headlines, foreign and domestic, and explaining how each instance demonstrates the incumbent president’s incompetence and disregard for the rule of law.

Whether the challenge is Russia, ISIS, jobs or immigration, Perry believes a new-found respect for the 10th Amendment – and renewed focus on the policies under-girding the successes of GOP governors – provide a roadmap forward for a country desperately desirous of leadership. His long-time supporters believe recent politically-motivated legal troubles will only accent a GOP primary resume loaded with examples of challenging the feds on immigration, environmental regulations and everything else under the Texas sun important to base voters. His absurdly-awesome jobs record can’t hurt either.

“If Washington D.C. won’t do its job to secure the border,” Governor Perry declared, his voice growing stronger, “Texas will!”

Yup. And judging by the reaction he got from the packed ballroom of guaranteed primary and caucus voters, Save Jersey, I’m willing to bet that more than a few are revisiting whether the Governor of Texas might be the man to make Washington do its job starting in January 2017, Travis County persecution be damned. Stay tuned…