‘Open Space’ Travesty Says It All 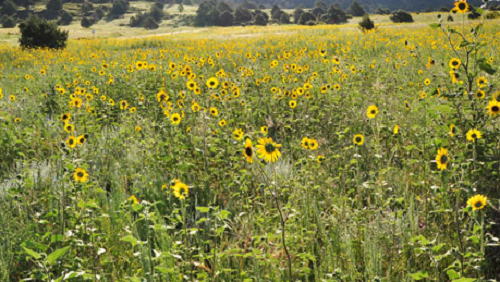 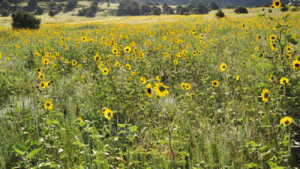 Everything that drives me crazy about Trenton played out in last week’s passage of a new “Open Space” measure, Save Jerseyans, setting up a ballot question for the November election and another expenditure which we can ill-afford.

In case you’re not aware of the background information, SCR-84 results in a proposed constitutional amendment on New Jersey’s next general election ballot which, if approved by the voters, dedicates $150 million per year for open space conservation over 30 years.  That’s a roughly $4 billion investment at a time when our government just declined to make an additional, pre-planned $2.4 billion payment towards our chronically underfunded pension system.

And it doesn’t make much sense, does it? At least not right now regardless of how you feel about open space land preservation. But it’s part of a disturbing trend where our legislators shirk their responsibility to make tough decisions by passing reckless constitutional amendment proposals that are designed, at least in part, to boost Election Day turnout. Last year’s minimum wage question and 2012’s Big Labor stimulus package were apparently just the beginning.

Set aside for a moment your conceptions of what government should do or what you know it can afford. Personally, I think open space is great idea as a general concept. Government should use smart zoning and general funds to create parks and prevent our entire state from resembling that planet-sized capital city from the Star Wars movies.

What you may not know is that New Jersey taxpayers have already preserved an area of land, inside our state’ boundaries, that’s approximately the same size as Delaware – almost 2,000 square miles.

“30% of land is preserved open space in New Jersey compared to 32% developed,” opined our friend Daryn Iwicki, AFP-NJ state director, in the final run-up to passage. “It would seem we do not need to preserve more land here in New Jersey. In addition, it seems out of touch with the realities of our current fiscal crisis and unfunded liabilities.  Somehow we can find $4 billion in revenue to fund open space, but we can’t find money to provide property tax relief, lower our business tax to be more competitive, or pay our pension liability.”

Hard to argue with that, right? Wrong! Or at least some folks on our own side think so. The measure received strong Republican support notwithstanding its potential to further-bust our state’s precarious budget.

We’re not THAT much bigger than Delaware, folks. With all due respect to the Assemblywoman, I’d like to know how open space is “dwindling” when only 2% more land is developed versus undeveloped in our beautiful Garden State.

Her Monmouth colleague, Assemblyman David Rible (R-30), didn’t see the wisdom in spending $4 billion more on open space given everything set forth above. “While I support the goal of preserving open space, the bill passed today is bad policy that will have serious ramifications on our state’s finances for decades,” Rible said in his own statement. “Constitutionally dedicating more revenues for a specific purpose will only hamper our ability to fund necessary programs during the next budget cycle.

It’s a matter of priorities even if you somehow believe that 30% of preserved space isn’t enough?

No one wins here. “Public sector workers, incensed when Gov. Christie failed to make the pension payment, should be just as incensed by this,” Daryn continued. “Which is more important, the state gobbling up more land or honoring its commitments and shoring up our pension system?”

Asm. Rible agrees. “Although open space is an important initiative, our priorities should be putting our state on sound fiscal footing and providing tax relief to all of our taxpayers,” he added. ” This constitutional amendment will only make our state more unaffordable for businesses and taxpayers who are desperate for tax relief.”

What’s open space worth if no one can afford to live here and enjoy it, Save Jerseyans?

I guess we’ll find out pretty soon without a serious course correction.

But we’re not just wasting big money on a nonexistent problem (“dwindling” open space that isn’t dwindling) in a vacuum; it down as part of bail reform. Assembly Democrats bypassed the normal process and scheduled a vote on the open space constitutional amendment without first holding a committee hearing. Why? Because the governing Christie-Norcross Coalition wanted to get bail reform through, and they couldn’t get the liberal votes without sweetening the pot by acquiescing on open space enviro-nuttiness.

Deals make the wheels of government turn, Save Jerseyans. Bail reform is a good, needed thing.

$4 billion when we can’t meet our basic obligations?

No, that’s a bridge too far.

Again, what good is a New Jersey full of open space – and reformed bail procedures – if no one lives here? Only a handful of legislative Republicans answered the only way that anyone could logically respond: “no.”

Like I said… everything that’s wrong with Trenton in a nutshell.

4 thoughts on “‘Open Space’ Travesty Says It All”