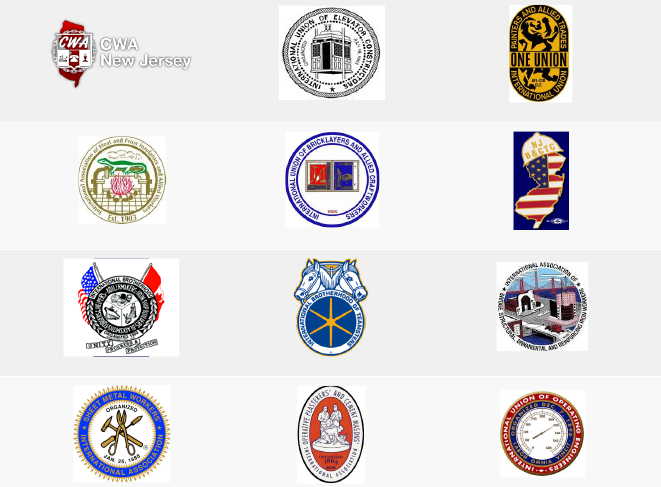 Two weeks ago, Save Jerseyans, I laid out my case against New Jersey’s Ballot Question #1.

I summarized the suspect intent of this horrendous referendum’s framers as follows:

At best, it mistakenly seeks to cure a symptom in lieu of addressing the real problem. At worst, it’s a wasteful stimulus for education bureaucrats who won’t lower tuition a single dime for having received this new windfall from their students’ taxpaying parents.

I should have added “Big Labor” to the list of those groups/individuals who stand to gain BIG BUCKS if you, John and Jane Taxpayer, vote against your family’s best interests in favor of Question #1…

For a clear illustration, all you need to do is visit the “supporters” page at buildingourfuturenj.com, the official site of Question #1’s backers.

There you’ll discover a list that’s longer than my arm chock full of bricklayers, carpenters, dockbuilders, masons, pipefitters, and other progressively exotic labor unions, all of which have thrown their ample combined weight behind the referendum’s passage. The lobbying kings at NJEA and CWA-NJ are on board, too. Again… that fact should be an automatic disqualifier for any taxpayer who is paying attention.

But those who aren’t paying close attention (and believe me, they are legion) will wonder why labor unions populated by folks with trade certifications care about a higher eduction stimulus referendum?

Big Labor is going to reap equally big construction contracts if this disgustingly huge $1 billion monster is approved on November 6th. In turn, they’ll use union dues (financed by fresh public debt) to support the election of more politicians who will vote to give them MORE public contracts. More debt, higher taxes to pay the interest on that debt, and… as I’m sure you can imagine… tuition won’t get any cheaper.

Are you detecting a pattern?

This bill has absolutely nothing to do with higher education, or investment, or development, or any other euphemism consultants employ to apply the pearls to the pigs.

And new dorms at Rutgers aren’t going to keep the best and brightest in New Jersey. Less debt and, consequently, lower tax burdens and a more affordable standard of living will keep graduates in the Garden State!

The choice is clear unless you’re a union boss. Vote NO on ballot Question #1.