10 Reasons Why Many Americans Don’t Vote 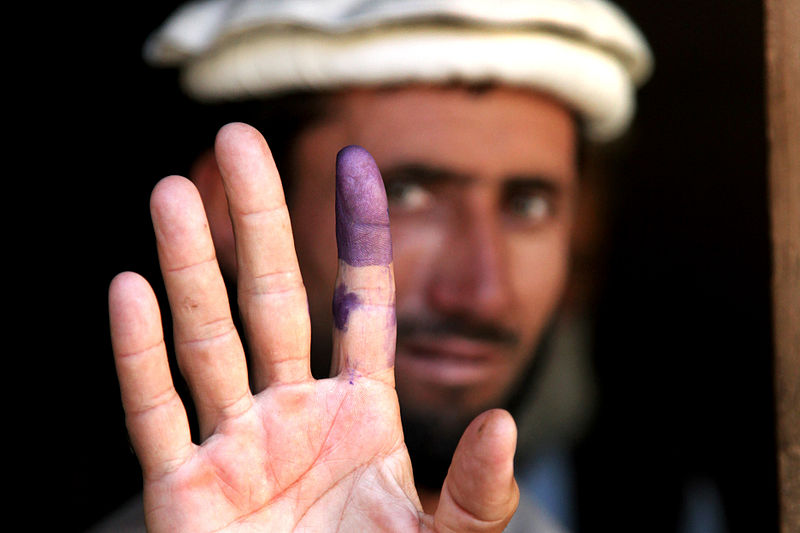 My generation was admonished to “rock the vote,” Save Jerseyans, and a little later, we were warned to “vote or die.” Yet millions of Americans decide to forgo participation in arguably the most important franchise afforded a free people every November, and those participation rates are even less inspiring in midterm cycles.

Yes, it’s not really a new phenomenon. Still, you would think a society “advanced” enough to text, tweet, operate automobiles and trade online but also beset by threats, both foreign and domestic, would appreciate the importance of taking an active role in their republic?

In no particular order, here are some theories as to why those who abstain do so:

Americans seem more stressed-out than ever before. And who isn’t medicated these days? But the dirty little secret: it’s the product of an illusion. We actually work less now than we did back in the 1960s, during the Industrial Revolution or for most of human history when we lived in agrarian communities. Why we do this to ourselves – and how – is a little more complicated. An inability to unplug? Less traditional (and stable) family structures? Are we just less tough than our predecessors? Again, who knows? The point is it’s easy to easier to make excuses when you legitimately feel as if they’re legitimate.

9. Our sense of duty is a lot different than it used to be.

Growing up in the 20s and 30s, my Italian grandmother loved to recount how her immigrant parents insisted that she and her siblings salute the Flag, learn American history, master basic civics and speak English with perfect diction both inside and outside of the home. That “Greatest Generation” grew up to win a world war and initiate the largest peacetime economic expansion in recorded history. My, how times have changed! Patriotism is cliche and nostalgia; something you put on a shirt for your 4th of July social expedition. Millenials are the “service generation. We think the highest form of public engagement is running charity 5ks and sharing memes of abused pets. Here’s an idea to boost voting rates: rebrand Election Day as “Democracy Awareness” Day and construct a “color run” course in the polling station parking lot.

8. Knowledge of (and respect for) our institutions is at a record low.

7. Things are relatively good notwithstanding the troubling trends.

Yes, the world is on fire and the conscious observer can tell that things aren’t as they should be. But this is America, Save Jerseyans, and the bubble hasn’t quite burst. Not completely. Apple is still cranking out relatively-cheap gadgets. The water is running. Electricity is still flowing. Garbage is being collected. Supermarket shelves are full. Your average graduate school attendee can still coast on food stamps and subsidized student debt. Things might have to get worse before they get better. Voting might not be an exception to the rule; consider how many don’t even bother to register to vote let alone show up.

6. The growing ideological gap is turning off potential voters.

Politics isn’t just a business anymore, Save Jerseyans. It’s a lifestyle. Changes in technology (and a host of other factors) contribute to niche construction. We can self-segregate into information communities where we gorge ourselves on disturbingly unbalanced news and analysis diets. The end result: political indigestion. And it ain’t healthy. The folks who consume nothing but HuffPo and MSNBC can’t begin to relate to the worldview of Fox News/talk radio patrons and, perhaps unsurprisingly, growing numbers of American are deciding to opt-out of the buffet altogether.

Midterm participation rates are particularly awful and, truth be told, it’s the easiest voting-related problem to diagnose: we’re running out of districts where there is a genuine viable choice. Gerrymandering – the unsavory process by which districts are mutated to protect incumbents or party fiefdoms – has brought us to the point where only 17 House seats out of 435 are currently considered toss-ups in the 2014 Election. With everything going on in the world? Really?! So why would you engage the process if you have every reason to believe that your vote doesn’t matter? Because the same party’s nominee wins every two years by double-digit margins? Exactly.

4. Micro-targeting shrinks the message (and limits the appeal).

This one is a corollary of #6 above. Karl “the Architect” Rove took this strategy national in 2004. In theory, building a campaign around hunting down, messaging to and turnout out subsets of voters should be a way to include more voters in the process. But it never works out quite like that. In 2004, Rove focused on socially conservative issues like banning gay marriage which carried the day for George W. Bush but, in the long run, laid the groundwork for systemic GOP problems with younger voters. Democrats in 2014 increasingly focus on wedge issues like birth control access which similarly narrow that party’s appeal.

3. Leaders are getting smaller.

A little bit of mystery/mythology/majesty is a good thing in any political system. Politicians like Lincoln, FDR, Kennedy and Reagan were larger-than-life figures who made us feel like something larger and grander than ourselves. Saving the Union. Safeguarding democracy. Landing on the Moon. Winning the Cold War. What has Barack Obama done to inspire a sustainable level of activity in anyone? He’s a tweeter who appeals to our baser emotions only three decades after we had a president who wouldn’t remove his jacket in the Oval Office. Young voters are responding by abandoning his cause in droves.

2. Our problems are getting bigger.

Maybe “bigger” isn’t the right word. Less movable? More daunting? Every election comes and goes with little tangible progress towards solving the problems (urban blight, national debt, international terrorism) that we’ve heard about for years. For some, the problems become less “real” every single time a politicians says the sky is falling and then does nothing to prop it up. For others, it’s a growing credibility crisis. You and I? We have to subvert that growing feeling of despair en route to the voting booth.

The Founding Fathers worried about the divisive potential of factions in a democratic system. Can you imagine what they’d say about 527 organizations? Endless ads targeting narrow interest groups (see #6 above if skipped it or forget already) don’t exactly create attachment to a particular cause or candidate; they’re primarily designed to make the target toxic (and encourage purist voting – see #4 above – or single-issue voting). But that’s where the big money is flowing, and the money that otherwise flowed through party organizations is now going towards those damnable ads. That’s less money and resources and enthusiasm to build local grassroots party infrastructure, instill party discipline and create a sense political identity that encourages participation in the electoral process.

9 thoughts on “10 Reasons Why Many Americans Don’t Vote”