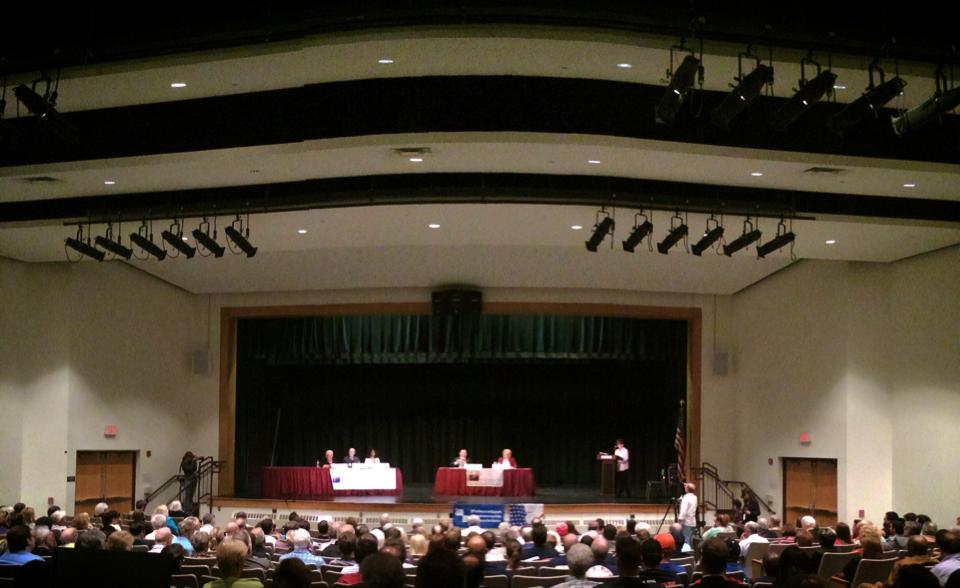 We are honest. And even though I strongly disagreed with the late John Adler (NJ-03) and former Rep. Rob Andrews (NJ-01) on most major issues, I never doubted that either South Jersey legislator had the chops for Congress.

Can I say the same of Aimee Belgard? Eh… not after what I witnessed firsthand at last night’s debate.

I didn’t just disagree with her, Save Jerseyans.

I sincerely wondered whether she belonged on the same stage as Tom MacArthur.

There’s too much to type. The biggest example?

In-state tuition for little illegal alien. Tom MacArthur asked Aimee Beglard twice – directly – whether she supported allowing the illegal alien children to be eligible for in-state tuition rates. She refused to answer… twice… the first time simply declining her opportunity to rebut per the forum’s rules, and the second time rambling on, and on, and on about the need to help the “victims” of illegal immigration.

MacArthur pounced. “I have my position on my website,” MacArthur shot back. “Aimee does not. She has yet to take a stance on the issue. What she just gave you was from my website.”

The crowd stirred, snickering and whispering audibly, for the first and only time that evening. Devastating… awkward for those in attendance and pretty straight-up pathetic if we’re being honest.

She flopped around on the stage several other times, too, responding to pointed questions from the moderator, opponent and panelists by either (1) providing no real response at all or (2) substituting anecdotes for substance (e.g. bringing up her veteran father’s ordeal with Agent Orange instead of answering a question about the VA scandal, and bringing up her husband’s business when criticized for having none of her own).

When questioned about the health of Medicare, Belgard proposed unspecified “tweaks” to the program, failing to address the hundreds of billions of dollars cut from the program by her party’s president.

Honest people can disagree, Save Jerseyans. But you have to be on the level.

This candidate is not.

It was kind of like watching a senior class president debate an experienced corporate CEO on global finance. No contest!

In fact, I left Moorestown convinced that this race wouldn’t be close to competitive were it not for the DCCC cash used to smear Tom throughout the summer months. However, as Michael Barone noted in his new piece about a building GOP “wave” at the national level, I strongly suspect that MacArthur will begin to pull away now that he’s on TV continuously. Belgard simply can’t survive the direct comparison. I saw it with my own eyes.