“Those People Deserve to Have Their Heads Taken Off” 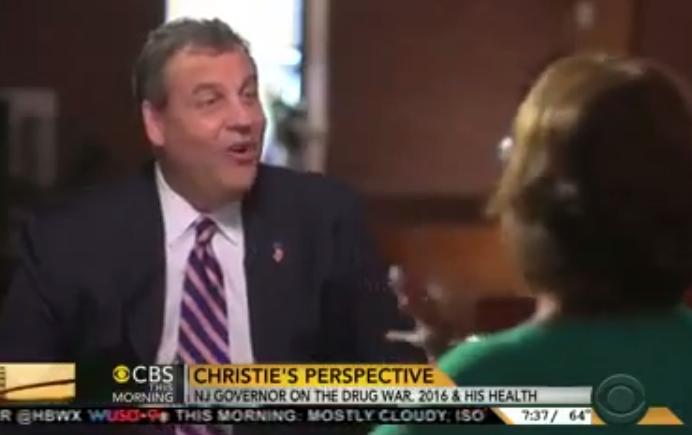 I was the first to discuss Team Christie’s bid to revive the GOP’s “compassionate conservatism” strategy since, as you well know, Save Jersey was tracking Chris Christie’s every move before it was cool. You’re welcome.

The mainstream types are starting to clue in. Wednesday’s “CBS This Morning” ran an interview featuring Gayle King interviewing Chris Christie; his Tuesday heroin event in Newark was the primary topic but his weight, 2016, President Obama’s handling of ISIS (hint: CJC isn’t impressed) and the Guv’s attitude (or said another way, how he chooses when it’s appropriate to dole out Christie-style verbal wrath and retribution) inevitably entered into the discussion…

Watch below the fold: