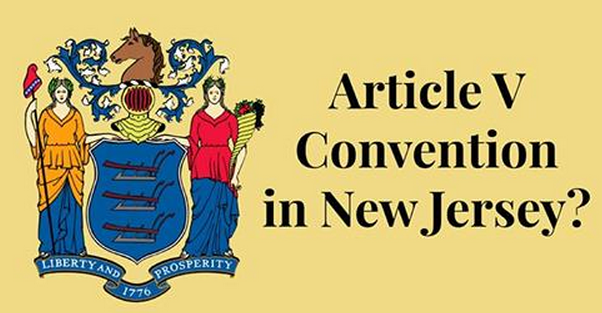 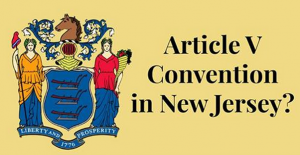 Ever since the Supreme Court’s 2010 decision on Citizens United v. Federal Election Commission, Save Jerseyans, Democrats have criticized the role of Super PACs in politics, claiming that it is a way for evil rich guys like the Koch Brothers to spend unlimited amounts of money thus having too much influence.

A few Democrat State Senators from New Jersey have attempted to take matters into their own hands to address the issue of big money in politics by calling for an Article V Constitutional Convention of the states.

Yeah, let that sink in for a moment. New Jersey Democrats are calling for an Article V convention!

SCR 132, introduced by Senator Linda Greenstein, will be up for discussion during a Committee Hearing in Trenton this afternoon at 1PM in Committee Room 7, 2nd Floor, at the State House Annex.

The bill reads in part:

You can read the entire bill here.

As a supporter of an Article V convention, I shiver at the thought of Democrats leading the charge. This is one of the very things of which skeptics of Mark Levin’s Liberty Amendments were fearful.

Side note: While Democrats are some of the most outspoken opponents of big money in politics, they are largely outpacing Republicans in raising and spending money via super PACs; in fact, most of the “mega-donor” individual and organizations in American politics tend to support the Left side of the aisle.

4 thoughts on “NJ Dems Push for an Article V Convention”