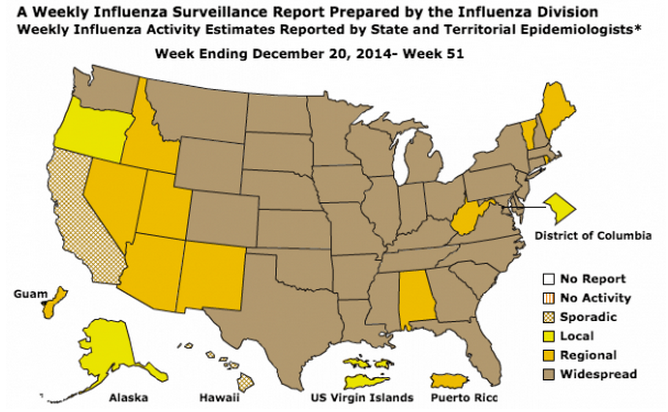 The CDC has released a report showing that thirty-six states, including New Jersey, have seen widespread influenza activity and just this week the CDC declared a national flu epidemic in the United States. The country has hit an epidemic level due to a 5.5% increase in the number of people seeing their doctors for flu-like illnesses for the fifth consecutive week. This is above the national baseline of 2%.

The latest CDC data also shows that a mutated strain of the H3N2 virus has hospitalized 2,500 people nationwide since the start of the flu season which began on October 1. Here is some additional information being reported via the CDC concerning the flu epidemic:

At a news conference earlier this month, Tom Frieden, Director of the Centers for Disease Control, ominously said that despite not being able to predict the future impact of this years flu, “it’s possible we may have a season that’s more severe than most.”