Rooney: “Why didn’t they do anything till now?” 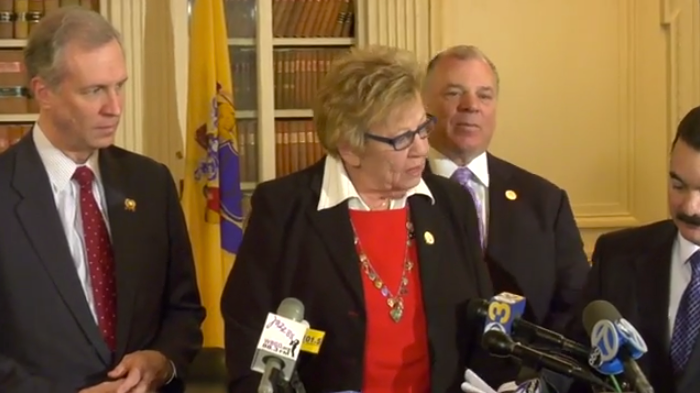 Our Blogger-in-Chief Matt Rooney discussed Governor Christie’s decision to conditionally veto Port Authority “reform” legislation – and the criticism he received from arch-antagonists John Wisniewski and Loretta Weinberg for it – this week on Chasing New Jersey, Save Jerseyans, noting that we need to view Trenton Democrats’ reactions through “the prism of politics because we’re dealing with politicians.”

“Loretta Weinberg and John Wisniewski . . . have been in Trenton for about two decades,” Rooney, who has written about Wisniewski and Weinberg’s coziness with corrupt Democrat organizations, opined on the My9/Fox29 news program. “Why didn’t they do anything till now?”

A consistent critic of the legislative Bridgegate investigation, Rooney panned the Wisniewski and Weinberg-led witch hunt during a prior December 11th appearance, concluding that “from day one, this was about getting Chris Christie.”

8 thoughts on “Rooney: “Why didn’t they do anything till now?””