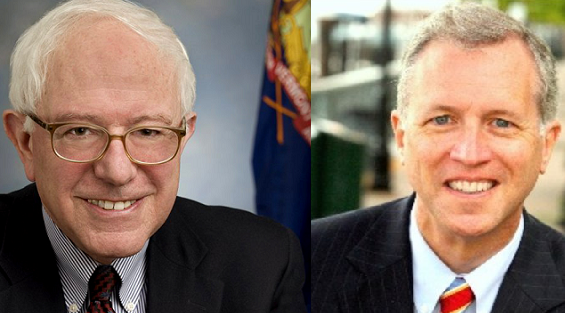 The other prospective Democrat gubernatorial candidates for 2017 are reliable Clintonistas, Save Jerseyans. Steve Sweeney, Steven Fulop and Phil Murphy have all either endorsed her, raised money for her, or publicly expressed support for her. Fulop, Mr. New Urban Democrats, backed her over Obama in ’08. State Senator Ray Lesniak, hero of oppressed pigs everywhere, is practically an honorary member of the Clinton family.

So where does an enterprising legislator like Assemblyman John Wisniewski go after his gubernatorial trump card – chairmanship of the Bridgegate committee – ultimately yielded little fruit?

According to Politico New Jersey, the Middlesex County politician endorsed underdog U.S. Senator and presidential hopeful Bernie Sanders on Monday. He’s the first significant elected N.J. Democrat to do so.

The math is simple: Hilldawg continues to lead Sanders by wide margins in the Garden State but Wisniewski is clearly hoping to exploit the 20-30% who won’t in a theoretically crowded and bloody Democrat contest featuring multiple Democrats all staying loyal to the Clinton Mafia. Could it backfire if Hillary is our next president? You bet. That’s nevertheless far from certain, and 1.5 years is a lifetime in politics.

We’ll see if his gamble pays off!

8 thoughts on “Wisniewski endorses Bernie to make play for 2017”