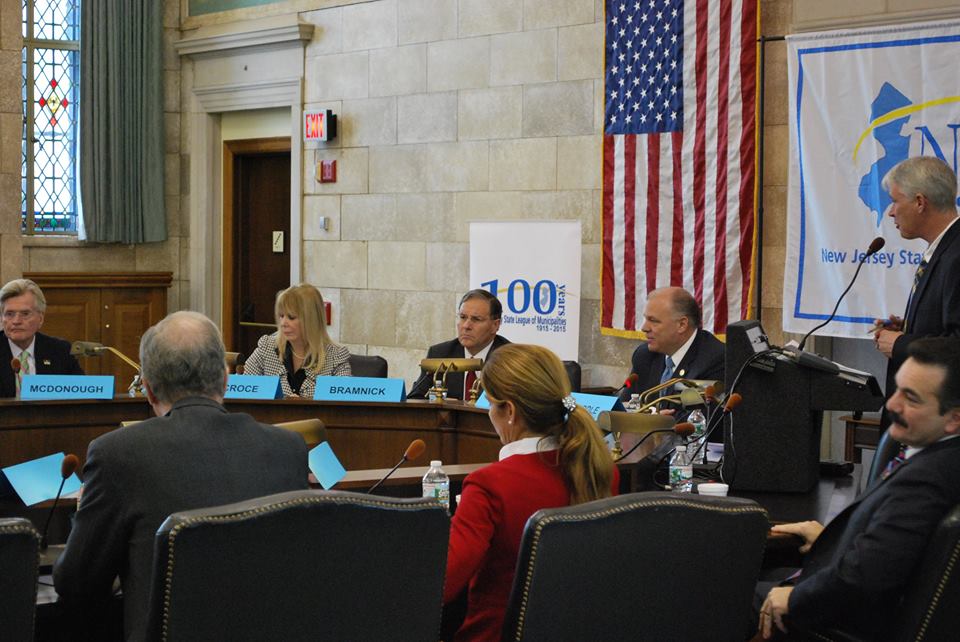 The two clashed over school funding at a Mayors’ Day State House panel hosted by the League of Municipalities.

I’ve heard a few accounts, all of them entertaining. Here’s how PolitickerNJ reported the exchange:

“As soon as you agree to stop funding failing schools and municipalities that don’t really need funding, as soon as you come the table address the billion dollars in school funding, we’ll talk about some other issues as well,” Bramncik said.

“What children don’t you want to fund, Jon?” Wisniewski asked.

“It’s not the children — I don’t want to fund failure because there’s some rule that tells me I have to send money to a place that may not need it or may be wasting it,” Bramnick said.

No amount of money can fix this mess, Save Jerseyans, and it’s about time Republicans started challenging the premise of public education funding, not just the peripheral numbers.

I’m heartened to see Jon Bramnick, a gubernatorial prospect known for his conciliatory style buoyed by a famous sense of humor, increasingly willing to throw down with these clowns. It’s the only way to win! So give’em hell. We’ll stick with you, Mr. Leader, for as long as discussing important issues and beating the Democrats remain your top priorities…

And it’s always fun, for that matter, to see one of our state’s shadiest tax dollar wasters get force fed a little humble pie.

Need a little more information on what (I hope) will be a major 2015 issue? Get your feet wet here. Water’s warm…