No Amount of Money Can Fix This Mess 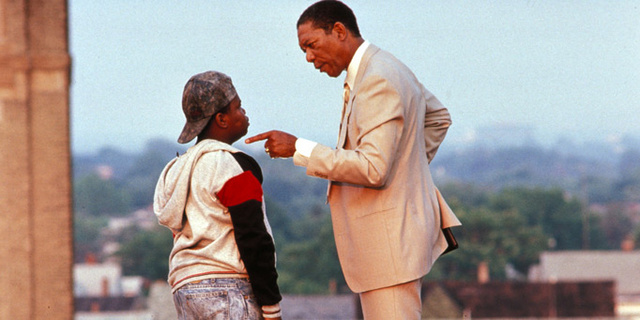 Over the weekend, Save Jerseyans, I was hanging out with two good friends on the (very) late end and caught an early morning broadcast of one of my favorite movies, Lean On Me, the classic film starring Morgan Freeman based on Paterson’s legendary tough-talking principal and passionate school choice advocate Joe Clark.

Clark worked his magic in Paterson back in the mid-1980s. It didn’t last. About 30 years later, the city’s education system hasn’t maintained any of the momentum.

Our politicians should re-watch the movie. They’re still operating under the misguided assumption that money is the x-factor behind a quality education. Joe Clark proved that that was, pardon my French, complete and utter bullshit. The learning environment is what makes the difference; $50 million facilities can’t compensate for a dead culture ruled by shattered homes, drug dealers and violent gangs.

We’re losing the battle. Look what happened at the Monroeville Mall (outside Pittsburgh) on Friday night:

The epidemic of “police violence” sweeping America is imaginary. Classrooms resembling the chaos witnessed at the mall above ^^ are terrifyingly real.

I can only imagine what Principal Clark would say to those students (and the teacher) starring in this video.

“This is an institution of learning, ladies and gentlemen,” Freeman, depicting Joe Clark, declares in the 1989 movie. “If you can’t control it, how can you teach? Discipline is not the enemy of enthusiasm!”

Yup. Want to change our schools? Change the culture. Too bad almost no one currently in charge shares his enthusiasm for common sense.

6 thoughts on “No Amount of Money Can Fix This Mess”