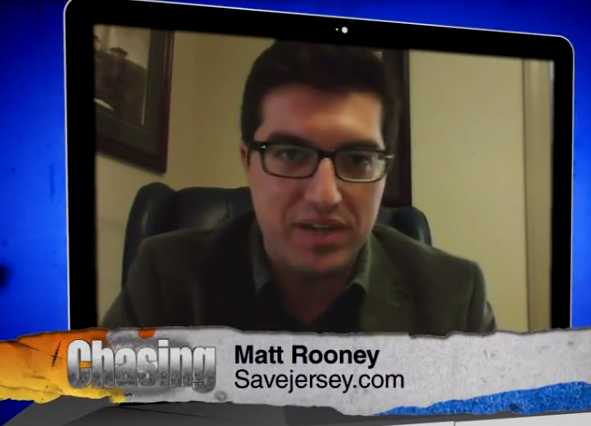 Our Blogger-in-Chief Matt Rooney discussed the release of competing legislative Bridgegate investigation reports this week on Chasing New Jersey, Save Jerseyans, defending Sen. Kevin O’Toole’s passionate remarks during the latest hearing and dismissing the Democrat-led committee’s work as an expensive and fruitless “travesty” financed by your tax dollars.

“Bill, the Democrats are lying,” Rooney, a consistent critic of the SCI process, opined on the My9/Fox29 program. “New Jersey has plenty of corruption at both ends of the Turnpike. Democrats zeroed in on a traffic. From day one, this was about getting Chris Christie, a potential Republican candidate for president in 2016.”

5 thoughts on “Rooney: “From Day One, This Was About Getting Chris Christie””