Snookered again, this time for cigars, a Cuba Libre and a shortstop to be named later 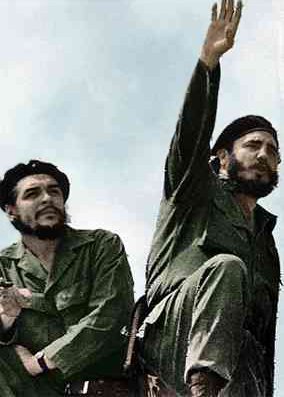 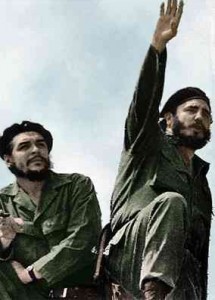 I admit it: I’m an unreconstructed Cold Warrior who thinks President Obama’s smooch-fest with Cuba’s communist dictatorship stinks. Whoever said the Cold War was over doesn’t understand that nothing changes so much as it stays the same. Vladimir Putin and the Russians are eagerly reconstituting the old Soviet empire, someday the Chinese will wage war against us and a scant 90 miles from the U.S., Castro – Raul or Fidel, they’re all the same – is a festering boil on the butt-end of our body politic that needs to be lanced.

Besides cigars, rum and shortstops we get exactly what out of lifting the embargo against commerce and normalizing relations with Cuba? As far as I can tell, nothing except a promise of maybe, hopefully, sort-of-kind-of-like on the back end and maybe 20 years down the road reforms, but no commitments or money down. In other words, a typical Barack Obama deal.

President Obama excels at getting snookered by dictators and terrorists. You name it, he’s blown it: The swap of five senior Taliban leaders who will soon fight us again for army deserter Bowe Berghdal, Russian strongman Putin playing him like a cheap fiddle on Ukraine and Iran’s ayatollahs well on their way to achieving nuclear weapons all done under his nose and with his tacit approval.

This time, he apologized to Raul Castro for American policy on Cuba, but he failed to elicit an apology from the strongman-dictator for 50 years of murder, repression and the denial of basic human rights that has been Cuba’s policy toward its own people. Nor did the president make any headway toward having Cuba return to the United States any of the American criminals it harbors.

Joanne Chesimard, who was convicted of murdering one New Jersey State trooper and seriously wounding another in 1973, escaped from prison and fled to Cuba where she received political asylum and reportedly lives today.  New Jersey would like her back so that she can finish her life sentence. And cash-strapped Cuba could get a tidy $1 million for her return since that’s the going reward for those on the FBI’s list of the 10 most wanted terrorist fugitives.

But normalizing relations with Raul Castro’s government, we’re told means trade, commerce and access to material goods for 11 million Cuban people, which will lead to freedom and democratic reforms. Really – have you seen pictures of today’s Cuba? The place is about as ramshackle and third-world as it gets. Exactly what will they use to buy those new cars, washing machines, iPods and designer jeans – sea shells? If you think the Cuban government is going to let anyone but the Cuban government benefit from trade with the United States, you’re crazy.

Libertarians heavy on abstract ideological theory who support the move argue that 50 years of embargo policy has failed to achieve its goals, while trade and commerce will get us there.  How can you say the policy failed when it was intended to contain Cuba, which it did? After the death of Che Guevara, whose only success was as an image on t-shirts worn by American trust-fund-baby college kids, exporting revolution stopped.

If anything, Cuba is already thumbing its Marxist-Leninist nose at any notion of free markets and capitalism once normalization of relations is complete – the bastards will stay communist. In the meantime, China, with whom we did $579 billion in trade in 2012 while running a trade deficit of $298 billion, is testing multiple-entry-warhead missiles – MIRVs – made possible by its stealing of U.S. secrets and giving more than just aid and comfort to North Korea’s hacking of Sony Pictures. Anyone care to argue that freedom and democracy are flourishing in China?

What of the Cuban people themselves – both in Cuba and among the émigré population in the United States – what do they think of it all? Since there’s neither free speech in Cuba, nor a likelihood of it any time soon irrespective of how many tubes of Crest toothpaste Procter & Gamble sells in Havana, what the average Cuban thinks is pretty much what the government tells him to think. For the average Cuban, it will be misery and tyranny as usual.

Dissident leaders and groups, on the other hand, were united in their condemnation – a “betrayal” was how one put it, with another saying, “Castroism has won.”  Yet another was critical of the president’s failure to give even a nod to 55 years of undemocratic government, state-sponsorship of terrorism and the outright murder of dissidents.

As for Americans of Cuban descent, on a bi-partisan basis they’re appalled and believe nothing will change for those in Cuba. New Jersey Sen. Bob Menendez, a Democrat and the outgoing chair of the Senate Foreign Relations Committee, is the son of Cuban immigrants and hopping mad over President Obama’s move. He said that the policy change “Stinks.”  Fellow New Jersey Democrat, Rep. Albio Sires, who was born in Cuba,  expressed his disappointment in a written statement: “Any notion that the Administration’s engagement with Cuba will encourage a form of Cuban glasnost is a dangerous miscalculation.”

On the Republican side, nobody is more vehement in opposition than possible 2016 presidential candidate, Florida Sen. Marco Rubio, another son of Cuban immigrants. In a statement, he said, “President Obama is letting down the Cuban people.”

Citing a litany of abuses, Rubio argued that it’s a completely one-sided deal, with Cuba doing all the taking and the U.S. all the giving while the Cuban people continue to suffer:

“Appeasing the Castro brothers will only cause other tyrants…to see that they can take advantage of President Obama’s naiveté during his final two years in office. As a result, America will be less safe as a result of the President’s change in policy. When America is unwilling to advocate for individual liberty and freedom of political expression 90 miles from our shores, it represents a terrible setback for the hopes of all oppressed people around the globe.”

Responding to criticism from possible presidential-campaign rival, Sen. Rand Paul of Kentucky, who supports the president’s move and criticizes the U.S. embargo, Sen. Rubio said, “The embargo is not what’s hurting the Cuban people, it’s the lack of freedom and the lack of competent leaders.”

Those who have first-hand experience with and knowledge of Cuba’s failing regime are convinced we’re now throwing it a lifeline that will give Castro and the governing oligarchs breathing room and resources that will enable them to stay in power and make them rich at the expense of the Cuban people. We won the original Cold War by running the old Soviet Union into the ground, not by appeasing it, which is Sen. Rubio’s apt description of President Obama’s new Cuba policy, or subsidizing whatever potential consumer economy there was in the country.

Even if material benefits miraculously trickled down to the masses, when it comes to free speech, free elections and having a government accountable to the people, nothing will change. A new Ford Fusion and a Maytag washing machine may make the lives of some comfortable, but for dissidents still locked up in Cuban prisons because they dared to challenge their communist masters they are meaningless.

1 thought on “Snookered again, this time for cigars, a Cuba Libre and a shortstop to be named later”