Turn Down For What? Defiant Christie Back in Cowboys Box 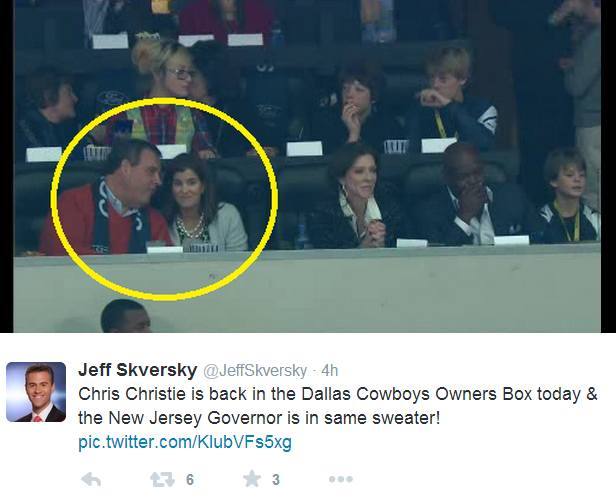 My Eagles are officially out of the playoffs (and the Giants were never even close), Save Jerseyans, and it’s largely because Chris Christie’s Dallas Cowboys are cruising. Disgustingly so. Maybe he’s the lucky charm?

Blowback be damned, he was unapologetically back in the box with Jerry Jones (and conservative business pizza mogul Papa John) on Sunday, rocking the same red sweater and looking much like a kid on Christmas morning:

7 thoughts on “Turn Down For What? Defiant Christie Back in Cowboys Box”