Lance: Time to Audit the Fed! 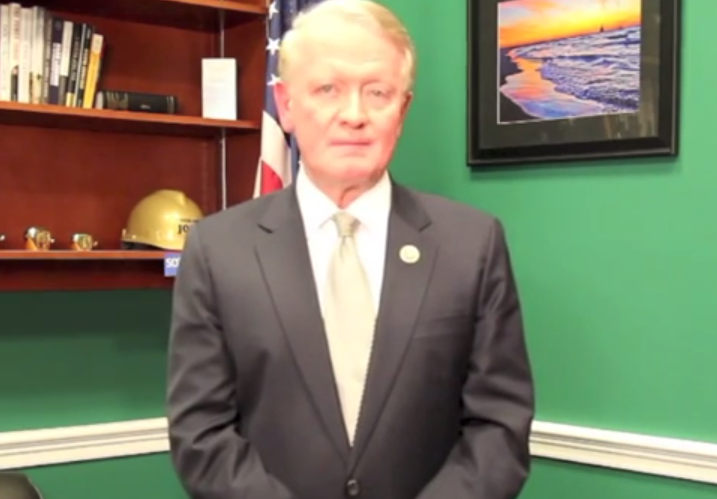 He doesn’t exactly boast Ron Paul’s reputation as a firebrand, Save Jerseyans, but Rep. Leonard Lance (R, NJ-07) has been a solid conservative voice on many fiscal issues since arriving in Washington.

The latest example? From the realm of monetary policy…

He’s co-sponsoring H.R. 24, the “Federal Reserve Transparency Act” which, if enacted, would (1) mandate government audits of the notoriously secretive Federal Reserve and (2) requiring reports on loans, present and prospective, from the central bank.

The Fed can still set its own monetary policy rule but it would need to explain its decision-making to Congress.

“This long overdue measure will finally allow taxpayers to know how their money is being used by the Federal Reserve,” explained Lance. “Our Nation’s finances need transparency to ensure accountability. The House has passed this legislation three times by overwhelming bipartisan margins. I believe the new open process in the Republican-controlled Senate will enable this measure to finally be sent to the President’s desk,” said Lance. “There is great interest in both political parties and in both the House and Senate in the strong fiscal health of our Nation’s monetary policy.”

Lance isn’t new to this fight. Back during the 112th Congress, Lance helped Ron Paul pass similar legislation (requiring an independent audit of the Fed’s Board of Governors and banks).

“The Fed must be held to the same reporting standards as the rest of the federal government,” continued Lance. “I look forward to seeing H.R. 24 signed into law.”

This is common sense, folks. There’s more to be done (including, but not limited to canning the FSOC, revoking the Federal Reserve’s dangerous lender-of-last-resort function, and tinkering with the bankruptcy code’s procedural mechanics), but whether you’re a hardcore economic Keynesian or a Gold Standard booster, we should all be able to agree that transparency is a critical (and uncontroversial) first step. Kudos to the Congressman for helping keep this ball in the air.

2 thoughts on “Lance: Time to Audit the Fed!”