Christie: I’m not “too New Jersey for Iowa” 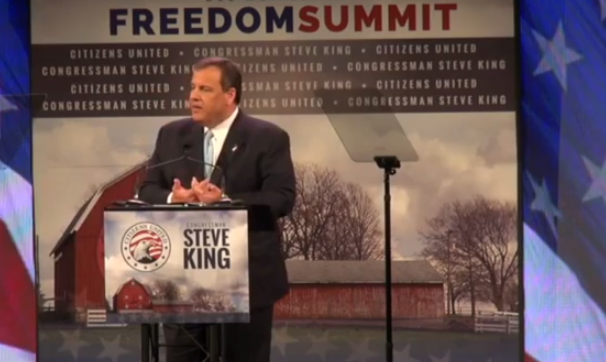 At the podium addressing this year’s Iowa Freedom Summit on Saturday, Save Jerseyans, Governor Chris Christie continued a theme from his State of the State address: a nation beset by anxiety.

He also touted his pro-life position (saying he was “living proof” that pro-lifers can win in blue states), criticized the White House for “imperial” behavior, and dismissed any notion that he’s not conservative enough for Heartland voters. “If I was too blunt, too direct, too loud and too New Jersey for Iowa, then why do you people keep inviting me back?” Christie asked, referring to firebrand Rep. Steve King (R-Iowa) as his “good friend.”

6 thoughts on “Christie: I’m not “too New Jersey for Iowa””