Is It Time to Eliminate County Government in New Jersey? 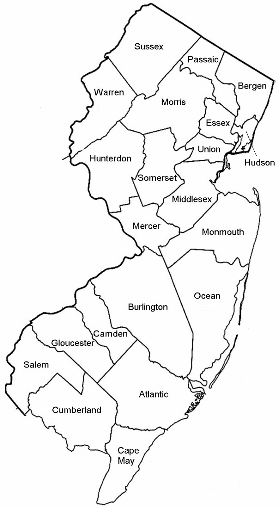 In light of the recent revelation that the Union County Alliance, a not-for-profit organization almost entirely funded by taxpayer dollars, rewarded a vendor with nearly $1.5M over four years for nothing more than a twice per year newsletter, scrutiny of county government in Save Jerseyland and elsewhere has been amped up. Here’s one take. 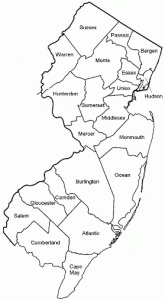 As a mayor, and more importantly as a taxpayer, I always got an unfortunate chuckle at this time of year as I watched our municipal snow plows doing their thing on our municipal roads only to lift those plows upon encountering a county road within our borders. Those plows would once again descend to the unplowed white stuff once the next nearby municipal road was engaged.

It was then only a matter of time before the Union County snow plows would come rumbling in to service the county thoroughfares within our Township and work this comical and wasteful dance in reverse.

It is probably more likely, Save Jerseyans, that you have decried the now 565 municipalities in our state and the premise that “home rule” leads to a substantial waste of taxpayer resources. And while you might be onto something, there are studies out there and real life examples that show that larger and consolidated isn’t necessarily more efficient.

I would like to put forth the premise that instead of reducing that 565 number through consolidation, we should instead consider reducing another important number: (21) which is the number of counties in the Garden State.

In fact, I would propose that number be brought to zero. To maintain two levels of taxing government entities (county and municipal) that duplicate services on a scale much larger than the example cited above is, for lack of a better term, TAXING. Now, in more rural and less densely populated states across the fruited plain, a stronger centralized county government makes more sense. However, in the most densely populated state in the union if we are looking to pare government, I aver that municipal government is the smarter choice to maintain and county government should be cast upon the dust heap of history.

There is precedence for this, Save Jerseyans. A little more than 50 years ago, our neighbors to the north in Connecticut abolished county government by an act of their state legislature. While there were some bumps in the road and adjustments to be made, our buddies from the Nutmeg State don’t seem to miss county government much. And if we followed the Connecticuters” lead here in New Jersey, the responsibilities heretofore assigned to county government could be ceded to the State (the court system, for one) or the municipality (roads and parks, for two).

And here is the added bonus: You know as well as I (or maybe you don’t) that here in NJ, county government in particular is a hotbed for patronage, nepotism, sinecures, and downright corruption by BOTH Democrats and Republicans. Eliminating county government would be certain to reduce these banes for honest, hardworking taxpayers like us. But alas Save Jerseyans, these banes might be the very reason that New Jersey politicians will never consider the elimination of such a cash cow.

What do you think?

10 thoughts on “Is It Time to Eliminate County Government in New Jersey?”