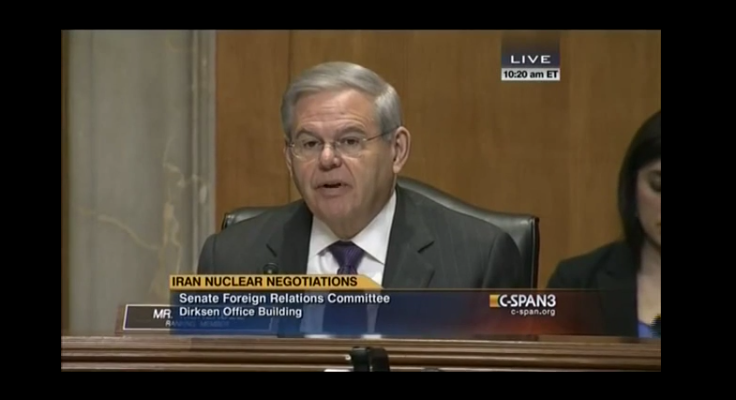 Sen. Bob Menendez (D-Ecuador/Dominican Republic) disagreeing with President Obama on the foreign policy front isn’t anything new, Save Jerseyans, but WOW, he definitely took it to a new level on Wednesday at a hearing of the Senate Foreign Relations Committee to consider new sanctions on Iran.

“I have to be honest with you: the more I hear from the Administration and its quotes, the more it sounds like talking points that come straight out of Tehran,” complained Menendez, the former chair of the committee, “and it feeds the Iranian narrative of victimization.” His view is in-line with the new Republican majority.

Last night, in his State of the Union, President Obama stubbornly insisted that “new sanctions passed by this Congress, at this moment in time, will all but guarantee that diplomacy fails – alienating America from its allies; and ensuring that Iran starts up its nuclear program again.”

“It doesn’t make sense,” he continued. “That is why I will veto any new sanctions bill that threatens to undo this progress.”