Space Goes All In for “Tough Lady” Phoebus 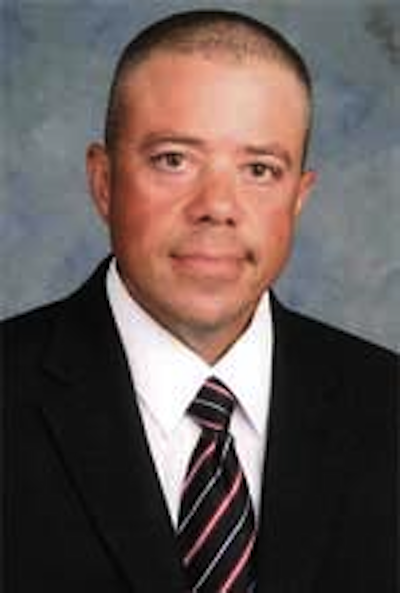 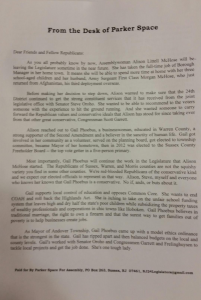 Sussex County Freeholder Gail Phoebus (R) is getting a full-throated boost from one of the Assembly GOP caucus’s newer members in her bids to succeed the retiring Alison McHose, Save Jerseyans.

Assemblyman Parker Space (R-Wantage) sent a letter to LD24 Republican committee members over the weekend, referring to Phoebus as “one tough lady” and touting her opposition to conservative pariah like COAH and Common Core as a strong contrast to the “squishy variety” of Republicans which he says are found in most other New Jersey counties.

“Most importantly, Gail Phoebus will continue the work in the Legislature that Alison McHose started. The Republicans of Sussex, Warren, and Morris counties are not the squishy variety you find in some other counties,” the letter from Asm. Space reads. “We’re red-blooded Republicans of the conservative kind and we expect our elected officials to represent us that way. Alison, Steve, and myself and everyone who knows her knows that Gail Phoebus is a conservative.”

Phoebus is the establishment favorite; as the quotes above indicate, she’s also earned the backing of the departing McHose and Space’s other incumbent 24th District mate, state Sen. Steve Oroho (R-Franklin).

Other challengers: former mayor of Green Township Marie Bilik in Sussex County and, from Morris County, Mayor Rob Greenbaum of Mount Olive who is openly campaigning.