Christie in Moorestown: “I don’t wanna leave this job unfinished” 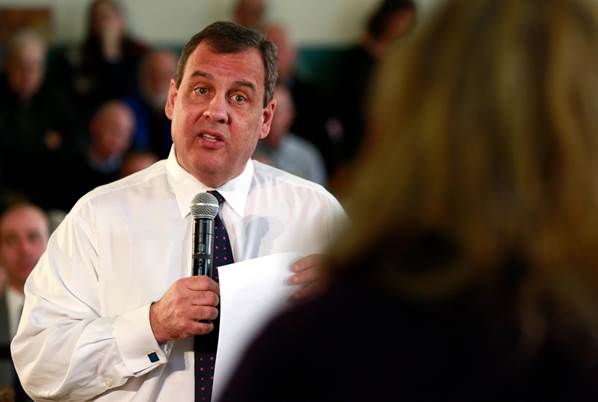 Reminding a packed-house audience at the Moorestown Community Center that “we can’t leave it to someone else,” Governor Chris Christie delivered an impassioned plea for his pension reform road map in Burlington County on Wednesday afternoon just 24 hours before he once again steps into the national limelight with a curtain call at CPAC 2015:

Governor Christie: This is the pivotal moment to keep you here. Because we’ve dealt with all these other problems, this is it now. This is game time, everybody. And I put the ball on the tee. And I’m willing to take the heat for it. And there’s going to be heat to be taken for it from people and I’m willing to do it cause guess what? I’m never running for anything here again. It doesn’t matter. That was just someone from excitement back there, falling over. “Thank God he’s never going to be on the ballot again. Thank God.” But it gives me a certain amount of freedom. If you’re not worried about the next election then none of that has to crawl into your calculus at all. So I’m ready and willing to do this like we did in 2011, we took the first steps that got us into a better position than we would have been otherwise, and now I’m ready to take the last ones. And I’m ready to take the criticism from where it will come for doing it. But I don’t want to leave this job unfinished because I want you to stay here.

8 thoughts on “Christie in Moorestown: “I don’t wanna leave this job unfinished””