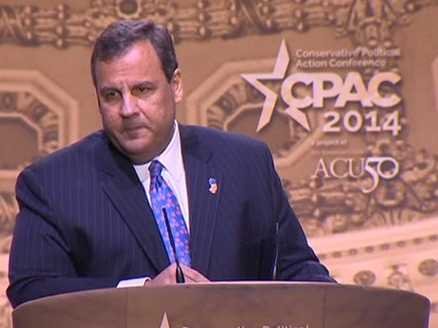 Chris Christie is in for CPAC 2015, Save Jerseyans:

The annual convention-style gathering, sponsored by the American Conservative Union, will take place from February 25th to 28th at the Gaylord National Resort & Convention Center in National Harbor, Maryland (only minutes from D.C. without traffic). He’ll speak Thursday morning/early afternoon during a speaker session that includes Ted Cruz and Ben Carson.

Gov. Christie addressed CPAC 2014, too, but his history with the organizers is… complicated.

His CPAC appearance will come only days after his FY2016 budget address.