The political culture has turned decidedly in favor of drug decriminalization in recent years, Save Jerseyans, as evidenced by the odd-couple ideological alliance between libertarian-ish Senator Rand Paul (R-Kentucky) and arch-liberal Senator Cory Booker (D-Twitter).

A primary thrust of the push? Decriminalizing possession:

There were 43,982 drug overdose deaths in America that same year, a statistic which does not encompass (1) violent crimes committed by someone who was high and (2) crimes related, directly or indirectly, to the drug trade (e.g. kidnapping, theft, immigration violations).

Okay, okay, kids aren’t overdosing on pot. Fair enough. And I’m not a doctor, so I won’t wade into the “gateway drug” debate here.

Still, as a general matter, we have to honestly say that drugs kill more Americans than firearms on an annual basis. 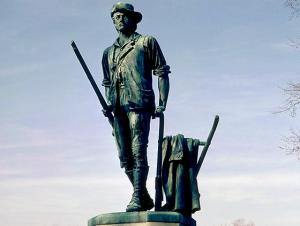 The evidence is all around us.

Save Jersey has extensively covered the plights of Shaneen Allen, Steffon Josey-Davis and, most recently, Gordon Van Gilder. All three individuals were law-abiding citizens but-for run-ins with the recklessly over-broad and unconstitutional Graves Act. Now the first is in PTI, the second is a felon and the third is facing serious incarceration. Call me crazy, but I believe mandatory jail time is absurd; deprivations of liberty by incarceration should only come into play when public safety is at risk as indicated by the seriousness and context of the crime and/or rehabilitation, restitution, fines, or other less-onerous penalties won’t remediate the offending party’s behavior. Does anyone sincerely believe, for example, that Mr. Van Gilder’s 18th century pistol was a threat to public safety? Warranting up to 20 years in prison?

Particularly when the real bad guys are still having no problem trafficking their guns?

Let’s reform our state’s gun statutes with the same zeal that we’re reexamining drug laws. I fully recognize that open or concealed carry are long-shots with Democrats in firm control of the legislature. What should be universally considered reasonable? Repealing the Graves Act and allowing judges to decide, on a case-by-case basis, whether illegal possession of a firearm warrants jail time. Waiving a rifle around one’s head in a bank while making threatening comments to a clerk? Clearly distinguishable from a retired teacher transporting an antique!

2 thoughts on “Decriminalize Drug Possession? Okay; How About Guns?”