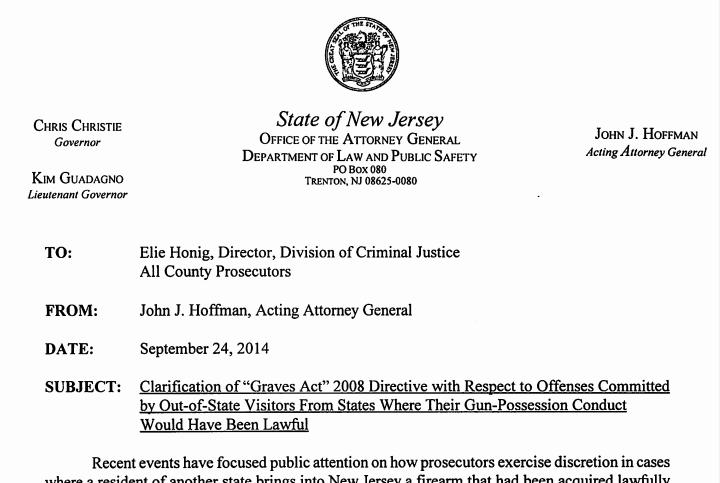 Philadelphia mom Shaneen Allen will participate in the Pretrial Intervention Program (PTI) and avoid jail time, Save Jerseyans, which is absolutely the right result for these facts given the state of the law.

It’s a small but important victory for Second Amendment advocates in the Garden State; what transpired as a result of the case, however, is even more significant.

I’ll make it brief, but this is big…

The ‘Graves Act’ is still in full force and effect, assigning enhanced penalties (e.g. a mandatory prison sentence) to otherwise law-abiding individuals unlawfully carrying weapons into New Jersey that are OK to carry in their states of origin. Sucky, right? The Act needs to be repealed. The U.S. Constitution shouldn’t apply unequally among the 50 states where fundamental rights are concerned.

Going forward, “[i]n cases where the prosecutor determines that PTI is not appropriate,this memorandum establishes a rebuttable presumption that the prosecutor will tender an initial plea offer that authorizes the court upon conviction to impose a non-custodial probationary sentence.”

Bravo! This is a big step in the right direction, and I applaud Acting AG Hoffman for helping hundreds or even thousands of citizen avoid the ordeal suffered by Shaneen Allen.

Again, legislation is still needed. Check out Sen. Mike Dohert’s S-1287 to get your wheels spinning. Assembly Minority Leader Jon Bramnick issued a statement celebrating the deal struck between Atlantic County Prosecutor Jim McClain and Shaneen Allen, noting that “New Jerseyans are fair people and I am convinced there will be wide-ranging support for the compromise.”

The legislature is duty-bound to act, in the spirit of justice and fairness, to take the next logical step and revisit our state’s archaic and draconian gun laws. Republicans SHOULD take the lead. It’s the moral (and, as luck would have, politically-advantageous) thing to do.

8 thoughts on “AG Moves to Avoid Another Shaneen Allen Debacle”