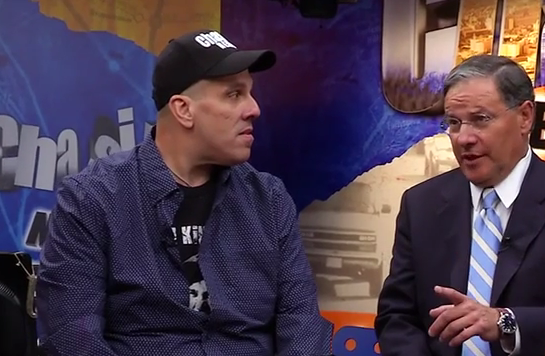 Back in September 2014, Save Jerseyans, after the highly-publicized case of Shaneen Allen, Governor Chris Christie‘s attorney general moved to expand prosecutorial discretion in the sentencing phase; “[i]n cases where the prosecutor determines that PTI is not appropriate,this memorandum establishes a rebuttable presumption that the prosecutor will tender an initial plea offer that authorizes the court upon conviction to impose a non-custodial probationary sentence,” the memorandum to county prosecutors explained.

Now Assembly Republican Leader Jon Bramnick (R-Union) – himself a defense attorney when he’s not in Trenton – is pushing a bill backed by colleague Ronald Dancer (R-Ocean) to turn the AG’s directive into a statute. Here’s video from yesterday’s roll-out of the new offensive:

Understanding the catalyst is key to understanding my thesis. The arrest of Toms River actor Carlo Bellario (see the second video above), hit with a second-degree charge for carrying a pellet gun (!) without a permit during a film shoot, is bringing all of this Graves Act-related nonsense back to the fore.

Here’s hoping it stays there.

It’s where the issue belongs for moral, constitutional, and yes, political reasons.

The fact that Carlo is facing a three- to-five-year jail sentence for carrying a PELLET gun on a movie set says all you need to know about the inherent injustice of a system that allows gun violence in Camden and Newark to rage unabated while law-abiding citizens like Shaneen Allen and Carol Bowne are left defenseless… or punished when they do try to defend themselves assuming, of course, they survive. Carol wasn’t so lucky. Shaneen is still digging out.

Voters’ ability to understand and relate to the plight of Shaneen, Carol and Carol is the point. Politically, your average persuadable New Jersey voter can identify directly with Carol, or Shaneen, or Carol. These aren’t rich white Republicans living high in gated exurban enclaves. These are average hard-working Americans who are being screwed (or again, in Carol’s case, getting killed) by the objectively nutty policies of the elitist Democrats who can afford private security – or get it with no cost added courtesy of the taxpayers. They’re your sister, brother, co-worker, or girlfriend’s uncle. Collectively it’s a winning narrative for the NJ GOP if it does what Jon Bramnick did on television yesterday and keeps hitting in over, and over again in upcoming cycles.

Newsflash: the 2A isn’t a “scary” thing for the GOP electorally if it’s personalized. Hat tip to Saul Alinsky!

Specificity. Relatability. Sharing our core values with the people we’ve sworn to defend. Keep fighting, think big, and force the Democrats (and their voters) to answer for the human consequences of their goofy policies…

So please keep at it, Mr. Leader. Don’t stop now! Continue pushing and we’re with you 100%.