Her fight for justice far from over, Shaneen Allen huddles with MacArthur at Ponzio’s 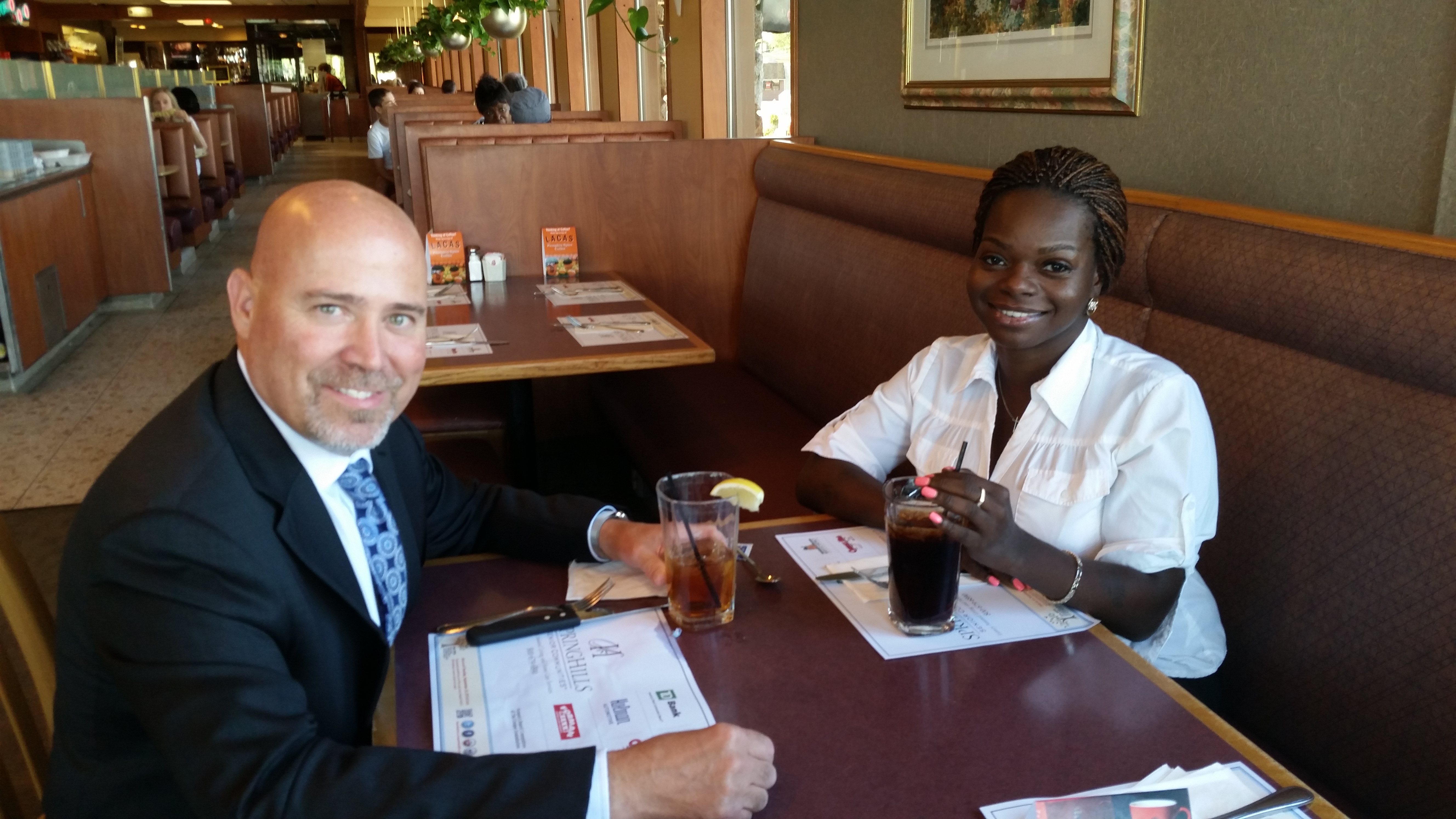 You likely recall how Save Jersey readers were ecstatic when Governor Christie pardoned Shaneen Allen back in April.

And with good reason. This hard-working, down-to-earth mother of two – Niaire, age 11, and Sincere, age 4 – was minding her own business, pushing through an early morning New Jersey drive to Atlantic City back in October 2013 with Sincere’s father, Desmond Boyd, when she was stopped in Hamilton Township after allegedly making an unsafe lane change. They were heading down on a rare day off from work to decorate a hotel room for the girl’s upcoming seashore birthday party.

Around 5’2” and maybe 120 pounds soaking wet, she dutifully informed the police officer that she had a gun in the car; this Philadelphia resident never contemplated that her Pennsylvania concealed carry permit, obtained to protect her family from the realities of a troubled neighborhood, wouldn’t do her any good on this side of the Delaware River. This is still America, right?

What happened next could’ve fooled the causal observer. Shaneen, who’s only 28-years-old and accustomed to working multiple jobs to support her family, was subsequently arrested, detained for forty-eight hours, and subjected to a two year-long ordeal that was complicated by the Atlantic County’s Prosecutor’s nearly-contemporaneous decision to let NFL domestic violence perpetrator Ray Rice into the pretrial intervention program (PTI), a one year class which will allow Rice to avoid jail time and have all charges dismissed, but NOT Shaneen. At one point, a bogus fugitive warrant issued for her arrest, executed by officers as she drove out of the parking lot of a bar where she had applied for job.

By the way: with all of this going on, she still managed to pull off Sincere’s birthday bash after release from custody. Like any mom would!

Cooler heads prevailed. Under intense pressure, the prosecutor ultimately reversed himself in September 2014 and permitted her to enter the pre-trial intervention program and avoid an automatic, mandatory 3-year prison sentence under the New Jersey Graves Act. Chris Christe’s April 2015 pardon was preceded by a move by the N.J. attorney general’s office to revisit how the Act is applies, and while New Jersey’s wacky laws won’t change dramatically for the better without a new legislature, I’d suspect most of our readers assumed the Shaneen Allen story had reached its conclusion.

Shaneen is a phlebotomist, and having an arrest record makes it difficult to lock down gainful employment in the medical field even with a gubernatorial pardon in hand. She needs an expungement to make that happen; her application was filed back in August and her hearing is set for October and she’s apparently still waiting for signed documentation from the New Jersey State Police. In the interim, Shaneen continues to subsist the best she can with both kids in a less-than-safe Philadelphia Housing Authority (PHA). It’s the reason why this young lady – with no prior criminal history – legally obtained a firearm in the first place.

When U.S. Rep. Tom MacArthur (R, NJ-03) heard about Shaneen’s continuing plight, he was as surprised as anyone upon learning how much havoc this ordeal continued to wreak in her life. He invited her to sit down for coffee at South Jersey’s iconic political diner pit stop Ponzio’s. I was also invited to join them for a cup of coffee and conversation along with a few key members of Shaneen’s core support network including Pennsylvania attorney Michelle Christian of the regionally-formidable Stark & Stark law firm. Her attorney during the criminal phase was well-known New Jersey Second Amendment lawyer Evan Nappen.

Over coffee and fresh fruit in a long booth by the Route 70-facing windows, the freshman federal legislator’s goal was two-fold: (1) figure out how his office could help her personally as she tries to navigate the endgame of an objectively insane process, and (2) look forward, figure out the extent to which Congress can play a role in preventing the next Shaneen Allen incident. For his part, MacArthur is already a co-sponsor of H.R.986, The Concealed Carry Reciprocity Act of 2015, legislation which if adopted at the time would’ve forced New Jersey to recognize Shaneen’s Pennsylvania carry permit (if not the hollow point bullets in the gun, a discussion for another post).

“My son is in a charter school, and there were multiple shootings there,” Shaneen explained to the Congressman, in her characteristically light manner which belies the challenges she needs to face on a daily basis. Perhaps that’s been the secret to her survival?

What bothers her more than anything is the understandably infuriating position of being punished for “doing everything I’m supposed to do any they lock me up,” Shaneen continued, and a visibly concerned MacArthur concurred.

“Our citizens need help; there’s way too much violence and people are afraid,” MacArthur said, referencing the root causes which New Jersey’s gun laws don’t seem touch. “But if we just follow the laws on the books, then we don’t need more restrictions.”

For now, however, the waiting game continues. She’s trying to make the most of her forced hiatus from gainful employment, kick-starting an online presence aimed at empowering women who have faced similar circumstances. They’re far more numerous than the knee-jerk anti-gun side of the aisle would have you believe. A beef and beer benefit is scheduled for October 4th at the King of Prussia Volunteer Fire Company; you can click here for more information.

What can you do? Besides supporting her directly and continuing to raise awareness about the real victims of gun control ideology like Shaneen Allen and South Jersey’s Carol Bowne? Consider how much more progress we’d make for everyone in this country, including our most vulnerable citizens, if the GOP did a better job of reaching out to rock solid Americans trying to move up in this world like Shaneen. I applaud my friend Tom MacArthur for not just lazily designating an underling to tackle this case but to reach out personally, rearrange his entire schedule, sit down at a diner, and learn something about a major legal dysfunction impacting not only his district’s residents but also millions of Americans in all fifty states.

Showing up is more than half the battle in the world of politics and public policy. Isn’t helping this young mom worth it?

7 thoughts on “Her fight for justice far from over, Shaneen Allen huddles with MacArthur at Ponzio’s”