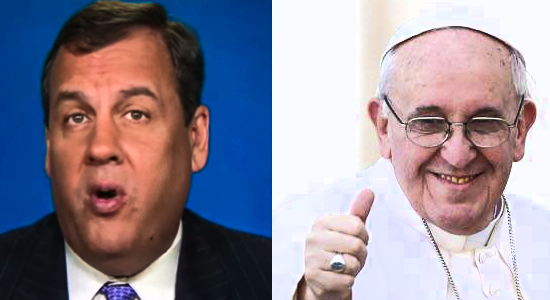 I could go on, and on, and on, Save Jerseyans, about all the ways that this pope has disappointed me in his short reign, but Francis’s embrace of Cuba’s criminal government – and simultaneous snub of freedom-loving dissidents – is egregious.

I’m not the only New Jersey Catholic who’s disappointed.

“I just think the pope was wrong,” Chris Christie told CNN on Sunday, referencing his own state’s direct beef with the Cuban dictatorship. “And so the fact is that his infallibility is on religious matters, not on political ones. And the fact is that, for me, I just believe that, when you have a government that is harboring fugitives, murdering fugitives, like Joanne Chesimard, who murdered a state policeman in New Jersey in cold blood, was broken out of prison, and has been harbored for the last 40-plus years by a Cuban government that has paid her and held up her as a hero, that this president could extend diplomatic relations with that country without getting her returned so she can serve the prison sentence that she was sentenced to by a jury of her peers in New Jersey, is outrageous.  And so I just happen to disagree with the pope on this one.”

6 thoughts on “Chris vs. Francis”