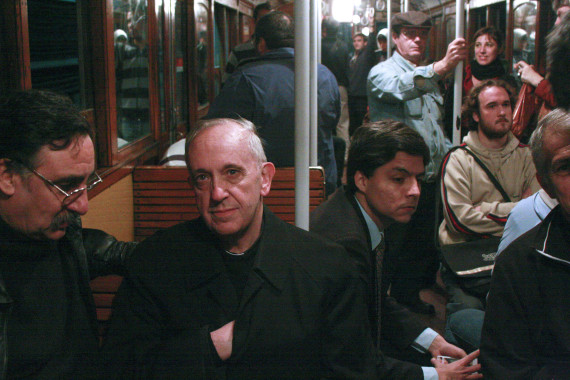 This one is hard to wrap your mind around, Save Jerseyans.

The obvious takeaway will be “is there anyone, or anything, left that’s worthy of our trust?”

Background: “Six Camden-based charities will receive funds through the Francis Fund, a short-term fund in honor of the papal visit” ahead of Pope Francis’s much-celebrated World Meeting of Families in Philadelphia this fall. It’s apparently a project of the event’s affiliated Hunger and Homelessness Committee; Sister Mary Scullion, a Sister of Mercy, chairs the committee, and Archbishop Charles J. Chaput provides a welcome message on the site.

The Fund’s official page describes its mission as follows: “The Francis Fund represents a variety of faith and non-denominational organizations serving the region’s most vulnerable men, women, and children.”

Did you catch that last part? About vulnerable women and children?

One of the six aforementioned recipient charities of the papal largess will be the Center for Family Services (CFS).

And guess who is one of their “partners and providers” listed on the site? 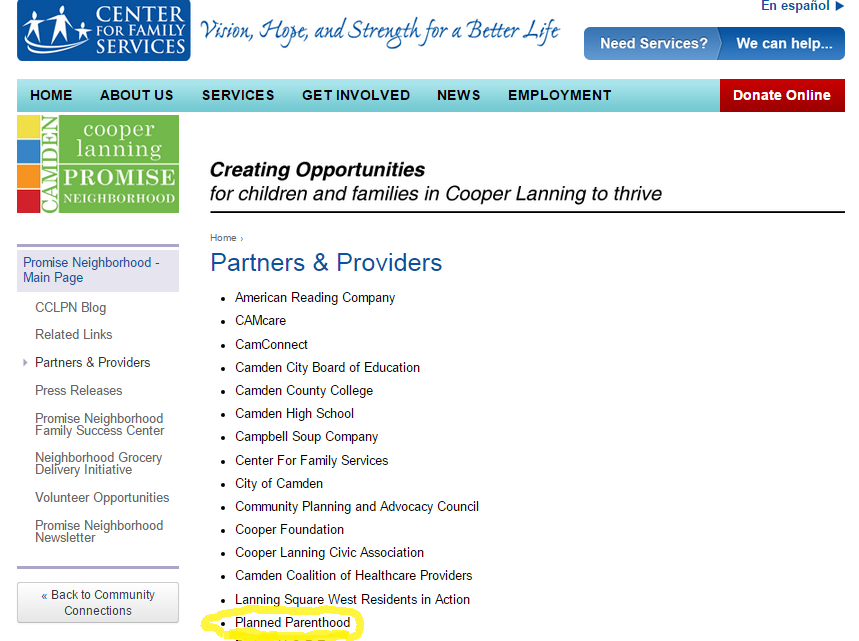 And it gets better.

Back in 2013, CFS “was one of 100 groups announced as a Navigator Grant awardee by the U.S. Department of Health and Human Services to receive funds to help people enroll in the new health insurance marketplace beginning October 1, 2013.”

CFS got $677,797 for their efforts to push Obamacare (Planned Parenthood got money, too), a law which it’s well-established funds American abortions. Archbishop Chaput has been a vocal detractor of Obamacare for this reason among others.

I don’t know who screwed up with the vetting here, or how they say they’re using the money, or the extent to which Francis’s Vatican and Chaput’s Archdiocese exercise actual control over this fund, Save Jerseyans, but if the Catholic Church wants to be spared yet another embarrassment at a time when many of us are questioning what this Pope stands for, then someone needs to intervene here.