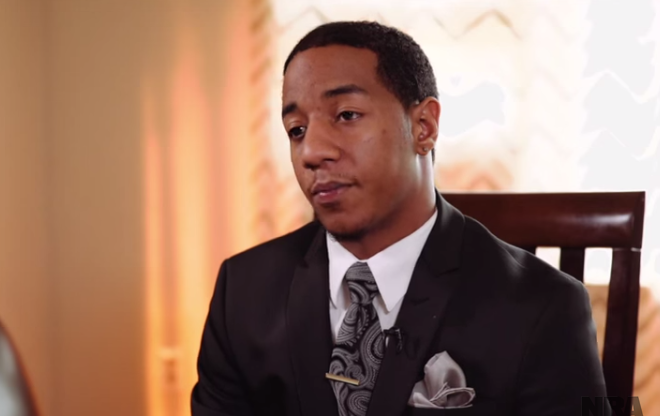 Here’s some good news to start your week, Save Jerseyans:

Steffon Josey-Davis has received a pardon from Governor Chris Christie.

Nice! You’ll recall that this gentleman (picture right during an interview) was a New Jersey security guard who accidentally left a LEGAL firearm – emphasis on the word “legal” here – in his vehicle’s glove box. The end result? A felony conviction and shattered dreams.

But no more. Click here to view the pardon issued on Monday morning.

This isn’t Governor Christie’s first act of mercy in the gun control arena as the top official in one of America’s most oppressively anti-2A states.

Most recently, he pardoned another victim of the state’s gun laws (specifically the sinister and unconstitutional Graves Act), Philadelphia mother-of-two Shaneen Allen, back in April. In 2010, Christie commuted the sentence of Brian Aitken, a man convicted of illegally possessing three handguns which were legally (there’s the word again) purchased in Colorado.